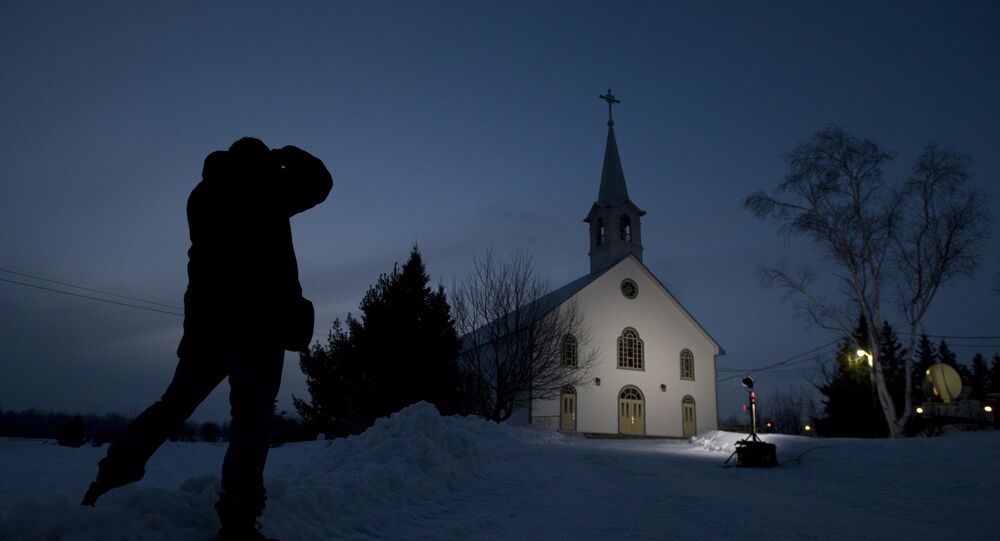 Cases Against Canadian Churches May End Up in Court ‘Months Down the Road’, Says Lawyer

As several religious venues in Ontario are facing fines for allegedly breaking provincial COVID lockdown rules, legal teams that represent them are currently working on a defence strategy.

According to Lisa Bildy, a staff lawyer at the Justice Center for Constitutional Freedoms (JCCF) ), provincial restrictions in Ontario have not been challenged in the courtroom, and if it happens, the process may stretch in time beyond the possible date when the lockdown is lifted.

Sputnik: Canadian provincial authorities have imposed various restrictions on church activities due to the COVID-19 pandemic. It also happened in Ontario, where you are now. Do you feel that church-goers are facing discrimination at the moment, compared to other groups of the population?

Lisa Bildy: The government has been applying much more pressure on churches, it would seem, including escalating enforcement measures. So, while small businesses are also closed, like churches, the big box stores that we have here – Costco, Walmart – those kinds of places, are still allowed to open. So some people do feel that churches are being picked on more than some businesses.

But I think the biggest impact is the enforcement. The police are coming around and charging church-goers and church leaders - they are threatening them with very large fines for continuing to open, which some of them have.

​Sputnik: You represent several Ontario churches as a lawyer. How soon are these cases likely to be reviewed by a judge and what is your defence strategy?

Lisa Bildy: Well, so far we haven’t had a chance to get into court and argue the merits of this. So, we have the Charter of Rights and Freedoms in Canada, which is a part of our Constitution, and it guarantees citizens certain fundamental freedoms and rights. And that includes the right to peacefully assemble, and to worship. But there is a limitation on those rights in the Charter. And the government has to prove, if they are going to violate our rights, that it’s demonstrably justified to do so.

So, the burden of proof is on the government to show why it should be allowed to violate those rights, which it clearly is doing. So far though, there really hasn’t been much in the way of judicial review of those restrictions.

So, the government really hasn’t been put to the test – certainly not in Ontario. So, these charges have been laid, but they are not being dealt with very quickly in the courts. It will be months and months down the road before the hearings on those charges that are being laid against the churches, at which time we will be raising the Charter of Rights as a defence, and putting the government to the test. The lockdown may be finished by then.

However, one church we are representing – and I just sent a news release about it. An order was obtained to force them to comply. And that order allows us 30 days to challenge the restrictions, basically. So, we may be able to get into court and do that sooner than we will on the tickets. But it will still be months, probably, before it's heard on the merits.

Sputnik: The lockdown rules in Ontario are amended from time to time. And even if the authorities allow something, such as letting churches open at 30-percent capacity, these decisions are often retracted. So, we see that now churches are only allowed to let in 10 worshipers, even if the venue can accommodate 1,500 people. What are your next tactical steps? Are you planning to fight in court for 30-percent capacity again?

Lisa Bildy: Yes, I was involved in getting the churches open to 30 percent back in the spring, and we made the argument to the government then that churches were not unessential. They shut down non-essential businesses, and that included the churches.

So, we argued: “Look, they are just as essential as going to a liquor store, or shopping for electronics at Costco, so it’s not fair to restrict them”.

And the government did open to 30%, and they kept it that way through until December. Now, I think they were under a lot of pressure to do a harder lockdown, so they did take the churches back to a limit of 10. I think they will open that up, but we are certainly hoping to apply some pressure on them, and let them know that – “you know, we’re going to hold the government to account”. So, hopefully, in the next round of restrictions they let up a little bit and go back to at least 30 percent.