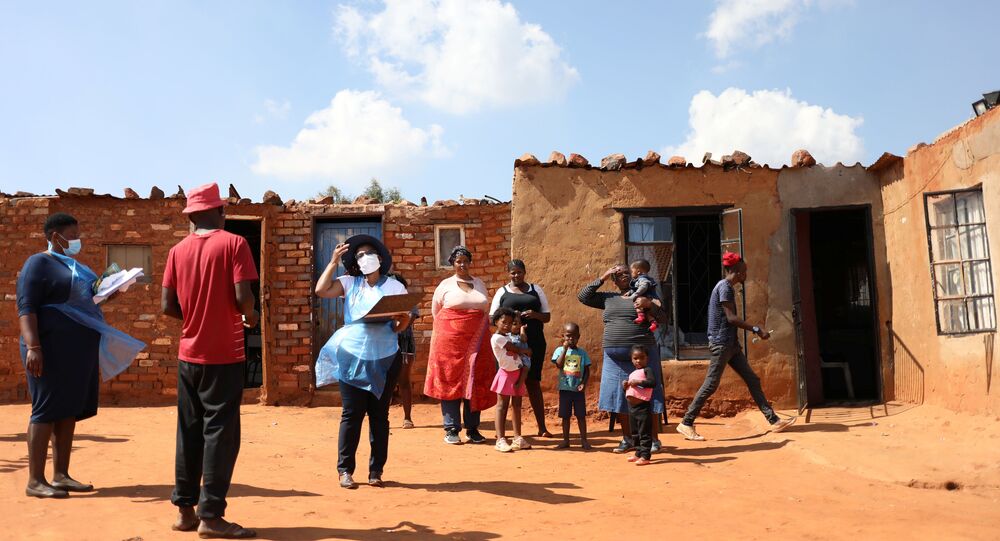 South Africa saw an escalation of riots and looting in various parts of the country amid the ongoing coronavirus lockdown, imposed by the nation's president, Cyril Ramaphosa, on 27 March.

The country, which saw it's first COVID-19 case on 5 March, now, according to data by Johns Hopkins University, has 3300 registered cases, a relatively low number for a nation with a population of around 58 million.

Even though the lockdown - one of the strictest in the world, with bans on alcohol, tobacco, and other non-essential goods sales - was initially due to last for 21 days, it has been extended until the end of April.

Cyril Ramaphosa's government, according to reports, may update or reconsider its position regarding the unpopular restrictions on Tuesday, particularly as the lockdown has led to food riots beginning in the middle of April in Cape Town, Johannesburg and Port Elizabeth.

According to Joanie Fredericks from Cape Town’s Tafelsig Community Action Network (CAN), the main concern for most locals is not the threat of being infected with the deadly coronavirus, but the fear of starvation.

Sputnik: We’ve seen many reports in the media and on social networks about crowds throwing rocks at armoured police vehicles in Cape Town and robbing grocery stores. What is the situation in your neighbourhood now and what is the cause of the riots?

Joanie Fredericks:  There is unrest in Western Cape, and I believe in other parts of the country. This is mainly caused by the lack of sufficient food security for the communities. There have been a couple of incidents now – also yesterday when some delivery trucks were attacked and food taken off these trucks.

And then, there’s been a couple of shops that have been broken into, and so on, but in my area, things have been relatively calm because we have a mass feeding scheme system that starts to feed the masses in a more sustainable manner.

​Sputnik: By 21 April, coronavirus-related illnesses had claimed 58 lives in South Africa. What is the biggest problem for people in your neighbourhood now - is it hunger or COVID-19?

Joanie Fredericks: Hunger is the worst thing. And if people have to choose between COVID-19 and hunger – they definitely need to feed their families. So, right now people don’t care. They really don’t care about COVID-19 because the burning issue is that they are hungry.

Sputnik: Your organization launched a project to provide food for more than 6,000 people in your community and established a “Lockdown baby club” initiative which delivers basic maternity and baby products to mothers in your area who are raising children in isolation. How is that work going?

Joanie Fredericks: When I started there were couple of women who asked me initially for support because they didn’t have funds to buy the essentials for the baby. And since then I already helped over 10 women, and the demand for support from pregnant ladies has been crazy. So, both of these two projects is very much in demand now, because when the lockdown was announced people stopped work immediately, and for some of them it was immediate loss of income.

​Sputnik: You appealed to South Africa’s President Cyril Ramaphosa one week ago, pointing out the problems arising due to the strict lockdown, and asking for help in providing food for your community. Apparently, he reacted, and you said that from now on you will be communicating with your country’s leader every week. Has your voice been heard?

Joanie Fredericks:  Absolutely, I’m 100 percent convinced, that the president listened to my voice and the voices of other local leaders because there is now regular communication between the office of the president and community groups, such as mine.

Also, he has directly intervened by asking the various figures in the government to check in with me, to see what it was that we could do together to alleviate the hunger situation.