Fernando Gómez is the first and only Spanish professional tracker who has worked with the Jicarilla de Apache Indians to protect their reservation in New Mexico against poachers.

A white Spanish tracker with the heart of an Apache: this is how the Native Americans welcomed Fernando Gómez, who has become the first white man not only to visit but also protect, the sacred Jicarilla de Apache area.

Sputnik: Fernando, you are a professional tracker, and you’ve just arrived from New Mexico. Could you tell us more about the residents of and the reservation on Jicarilla de Apache?

Fernando Gómez: It is a reservation of 400,000 hectares. Almost all the resources they have are oil, gas, and hunting grounds. Hunting grounds are one of the most important resources that the Jicarilla tribe has in this case. Jicarilla rangers are trying to protect those 400,000 hectares and all the resources. Why? Because it is these resources that the indigenous people use to survive and generate most of their money. That’s why they go all out to protect them because poachers come from all over the US, to illegally hunt species like the mule deer or the wapiti, and even the pumas that inhabit the area.

The most important thing to protect is the mule deer, which is a star hunting breed in that area, and one which makes the best trophies. People often kill these animals for pleasure, as a challenge or to have a trophy over their fireplace. 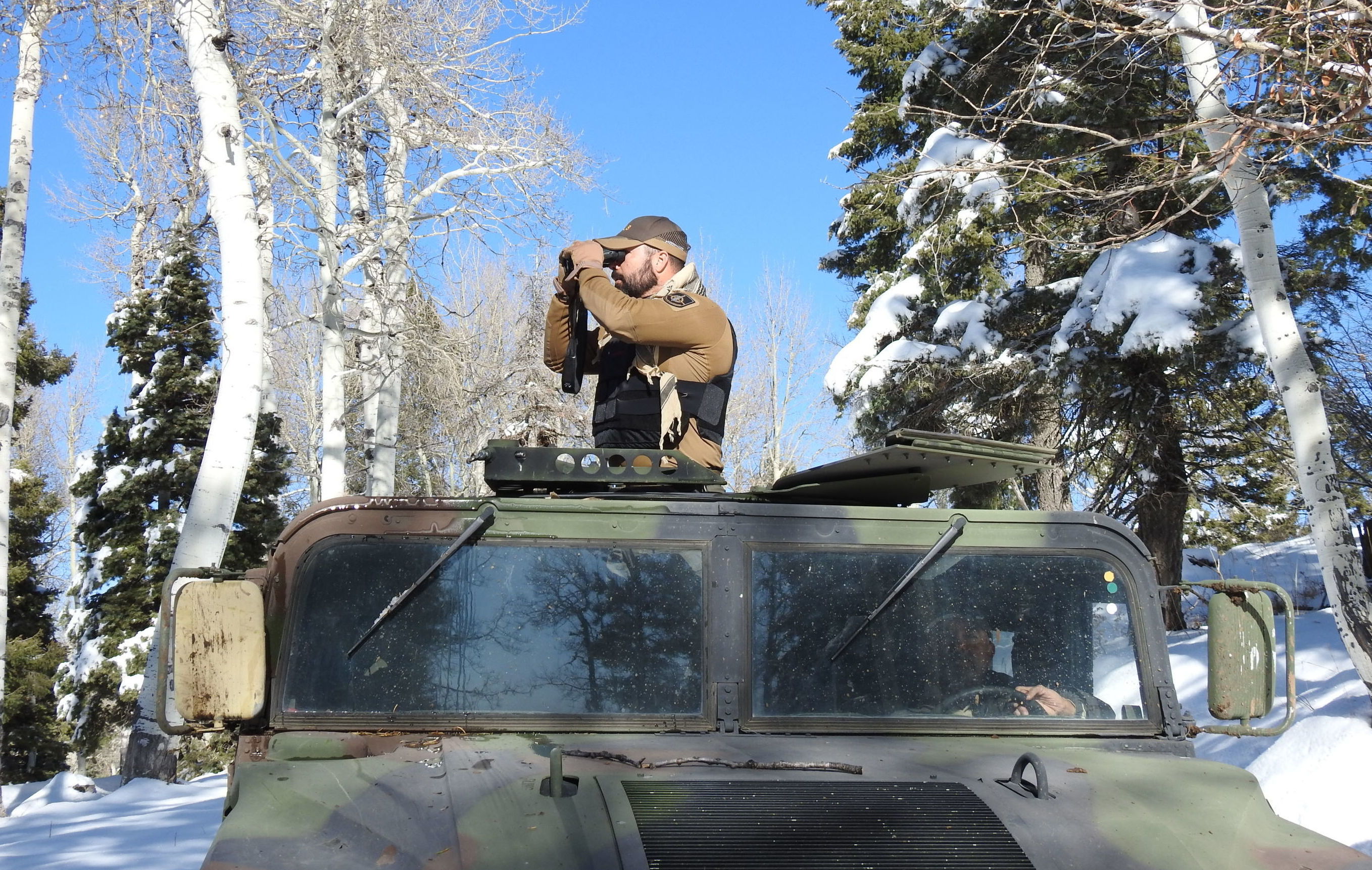 You cannot enter this reserve unless you are a Jicarilla Indian. You need a special license to conduct any activity in the area. The reservation looks like a state. And when someone is there, it is because they have sneaked in for some purpose. In this case, it may be illegal deforestation, deer horn collection- because the horns are illegally collected and then sold to China. Then China uses the horns to make jewellery, studs etc.

The second most popular species is the wapiti. It is one of the species that is killed for trophies and sometimes, they are killed for meat. When I was in the US, we often found dead mule deer and wapitis with their heads and hindquarters cut off. Sometimes poachers open the entire spine area and take out the loin, which is something very much appreciated.

Sputnik: What comprises the job of a tracker?

Fernando Gómez: The first thing we do is check all the entrances to the reservation, both open and closed. When you find some open entrance or a broken padlock, you have to check if there are footprints, particularly tire treads. Few people dare to enter the reserves on foot; these are vast and wild areas.

Usually, animals are monitored and shot directly from cars. The task is to see whether a car drove in, its make and whether there are fresh tracks, and if we find new ones, we look at where they are leading.

Following tracks, in many cases, we ended up finding dead animals; some had been killed hours ago, others had been there for two or three days. We try to get all the necessary information and a description of the shooter. And then rangers conduct a corresponding investigation.

Another task is to protect live animals. It is like protecting a VIP person; we know where it comes from when it eats, and where it goes. When we find an animal, we monitor it with cameras, and we take pictures of it. We use these parameters to find the animal. And then, day and night, we keep watch so that no one can kill them.

Sputnik: How dangerous is a tracker’s job?

Fernando Gómez: Yes, it can be dangerous. I as a tracker am not armed, but the rangers are, because, in a reserve like this or around federal forests, you can stop someone that looks like a poacher to you, but it could be a drug dealer, a rapist or a criminal that entered the reservation to avoid police checks. People are armed in the US. If there is a conflict, people pull out guns and shoot. And not only do they have guns, but they also have long-barreled guns. One usually cannot enter the reservation, but some people do. And they come with weapons.

The problem is that most cars have tinted windscreens. Therefore, you can stop a vehicle and ask a driver to roll the window down, but the driver may shoot at you. For anti-poaching raids to control whether there are dead animals in a car, special types of vests that can withstand fire from long weapons are used.

Fernando Gómez: I did a tactical tracing course at the best school in the world, there in New Mexico. This school is for Native Americans, in this case for Jicarilla Apache rangers. I was invited to do the course for my professional career, and there I met them. During the course, I made friends with Native Americans, and they gave me very special treatment. I have worked with different rangers in different places. I think that the Apache ethnic group is one of the most important in terms of tactical tracking.

I made a proposal: I wanted to enter the reservation and try to put my knowledge into practice. They allowed me to, and the only way to test my knowledge was to work with them, side by side, for a month. They let me take pictures, investigate, and get access to any place in the reservation, even the sacred ones, which is a thing to be thankful for. And they treated me like I was one of them.

It seems to me that the art of tactical tracking is almost lost in the United States. Only a few people remain. I would especially like to mention two people: John Zamora, a ranger from New Mexico, and indigenous Indian Elridge Vigil from the Jicarilla tribe. We spent many hours together, watching both animals and people. And the result was excellent in every sense.

Sputnik: The media point out that during your last week there, you got a traditional Indian tie from one of the consuls of the reservation committee as a sign of recognition and as a “symbol of friendship between a white man and the Native Americans.” What do you think of that?

Fernando Gómez: It is a great honour because, if I’m not mistaken, it is the first time that the tie was given to a white man, and more so to a tracker. It is somewhat surreal that the Apaches, which historically lead in terms of tracking, have recognised a Spaniard, his work as a tracker, and my support of tactical tracking. Receiving this Jicarilla tie from one of the consuls is something significant. And the most surprising is the fact that when they give it to you, they also give you part of their soul. This is a real pleasure and pride, of course.

Sputnik: What is your goal now?

Fernando Gómez: My goal there was to learn and try to contribute to improving the protection of the reservation. But my goal now is to train rangers throughout the world, in African countries. I protect critically endangered animals. I want to train others in tracking, searching and anti-poaching techniques. Now my goal is Asia and Africa.