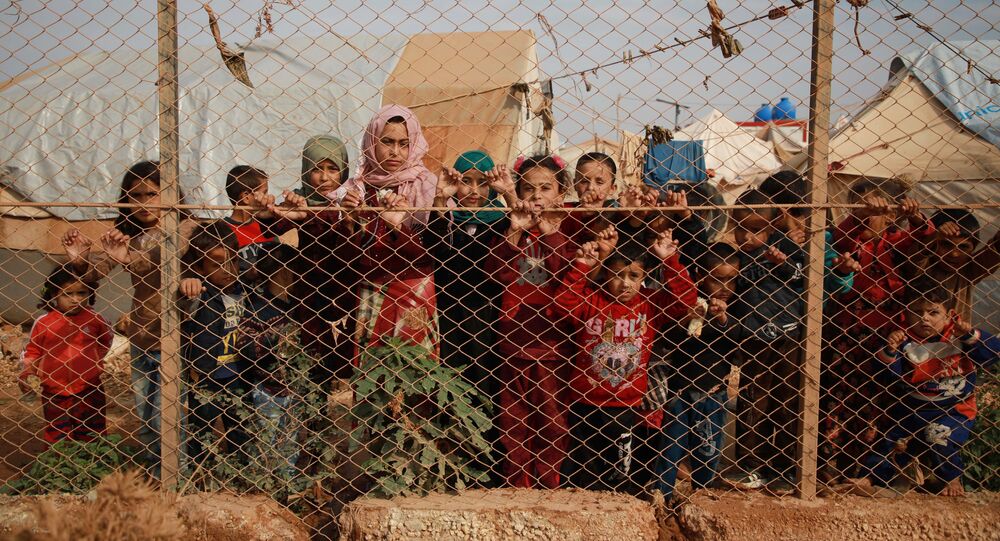 What are the prospects for gas transit talks between Russia, Ukraine and the EU? Will the EU change its policy on Russia after Brexit? What awaits Syria after the agreement reached between Putin and Erdogan? Vladimir Chizhov, Permanent Representative of Russia to the European Union, shares his views on the most pressing issues of global politics.

Sputnik: The next round of the Russia-Ukraine-EU gas transit negotiations will take place on 28 October. What are your expectations, fears, hopes in this regard? Will a long-term deal be possible?

Vladimir Chizhov: Don't expect me to prejudge the outcome, but on the basis of the preliminary discussions that took place last Monday at the expert level in Brussels, I think there is a possibility of progress. But we will see how it unfolds.

Sputnik: Regarding OPAL pipeline - The European Commission promised to carefully analyse this decision of the EU court which prescribed to Gazprom to reduce gas transit via OPAL to 50 per cent of the capacity. How do you expect it to develop? Is this case politicised? Russian Energy Minister Alexander Novak said recently he believed that the situation would be resolved and the pipeline would be used in full volume – do you share his optimism?

Vladimir Chizhov: Of course, the case is politicised. There was an agreement reached with the participation of the European Commission as far as I remember back in 2016 on modalities of use of that pipeline – actually, it’s not an international pipeline, it’s a German network. It’s the one where Nord Stream 1 and Nord Stream 2 fit in. The goal of the Russian side has always been simple: to provide energy security and safe energy supply for European consumers. Whoever wants to limit the use of the existing pipeline system is making efforts to prevent that from happening. So it's up to the Europeans, the European consumers, in general, to judge who is acting in their interests and who is not.

Sputnik: Has the European Commission notified you on the process of reviewing the case?

Vladimir Chizhov: It is reviewing the case, and the European Commission is well-known for reviewing cases without any hurry.

Sputnik: Will Britain and the EU find a solution on Brexit? Once the UK is out of the bloc, can policies of the EU toward Moscow become more Russia-friendly?

Vladimir Chizhov: The deal has been approved by the House of Commons. It's the timetable that has not yet been approved. I don’t think that it will end with a no-deal Brexit. It may end with some further procrastination of the process. Once the UK is out of the bloc, can policies of the EU toward Moscow become more Russia-friendly? The European Union – not only those who are directly involved in this negotiating process, but more generally – they have been obsessed with this task of producing Brexit. What they haven’t yet started doing is looking at the hundreds if not thousands of existing agreements with third countries, including Russia, but not exclusively.

This has to be viewed, assessed and in some cases it will require some changes. For example, we have an agreement with the EU regarding certain quotas on certain goods, like metals or grain. Those quotas have been calculated on the basis of EU-28. They will have to be re-calculated. It’s a huge job. I spoke to my colleagues from countries like Australia, Canada – they are equally worried, they are in the same position.

Sputnik: What is the future of EU-Russia relationship under the European Commission presidency of Ursula von der Leyen, who is famous for her anti-Russian views?

Vladimir Chizhov: We will see. People tend to change. She has a chance.

Sputnik: Do you have an understanding of when exactly the next Normandy Four summit on Ukraine can take place? What results do you expect from it?

Vladimir Chizhov: I don’t know when, an event like this needs proper thorough preparation, which has yet to happen. Whenever it takes place, I see the summit as an opportunity to promote a political settlement of the crisis in Ukraine, but certainly not as an opportunity to revise the Minsk agreements, which some people evidently have at the back of their minds.

Sputnik: Progress on lifting the European Union's sanctions against Russian can be reached in 2020 if there is a positive outcome from the upcoming Normandy format talks, Ralf Stegner, a co-chair of the Social Democratic Party of Germany (SPD) said last week. Is it possible indeed, is the upcoming Normandy Four summit crucial in this regard?

Vladimir Chizhov: I wouldn’t link it directly with the Normandy Four summit. The so-called sanctions – and I insist on calling them so-called sanctions for obvious reasons, because sanctions is a tool that can only be used by the UN Security Council, everything else is unilateral restrictive measures, illegal by definition – so, it's a matter of the political will on the part of those who initiated them in the European Union. When they manage to muster a critical mass of political will, using some phraseology of nuclear physics, then the European Union will move from its position, which has driven itself into a corner. And then they will know where to find us.

Sputnik: In your opinion, has the EU position on and reaction to the Turkish military operation in northern Syria been clear enough and strong enough? Why so?

Vladimir Chizhov: The EU doesn't seem to have a clear position on this. There are some ideas floated, for example, most recently in Germany, to set up a UN-sponsored mission to create a safety zone, but it is not something that will help, it is not needed, the course of events has gone further.

Sputnik: Why does the EU have such an unclear position?

Vladimir Chizhov: The EU has kept a rather low profile on Syria. But there are troops from the European countries in the US-led coalition. It has nothing to do with the European Union. Whoever from EU member states may be found there, on any side. They were not sent by the European Union. Erdogan promised one million refugees. There are almost 4 million refugees from Syria in Turkey. Actually, since they came to Turkey, almost half a million babies were born, so the number is increasing even without further influx from Syria. If we speak about the role of the European Union, the EU has organised as many as three conferences in support of Syrian refugees. But the money and they manage to collect – and it’s a substantial sum of money, the last conference raised 8 billion, as far as I remember – does not go to Syria, does not go to Damascus.

A trickle goes to the UN-affiliated NGOs, but most of it goes to neighbouring countries: Lebanon (and that’s understandable for a small country of 4.5 million people having a million refugees coming over from Syria, of course, it’s a huge burden). There is a similar situation in Jordan, but Turkey is a country of over 80 million, receiving 3.5 million refugees. Where does this money go? To resettle the refugees in Turkey, provide schooling for refugee children, provide textbooks in Turkish. Where will it lead? If the adults find jobs in Turkey – perhaps, low-paid jobs, but still – and if children go to schools, when do you think if ever will they return to Syria? I highly doubt that.

Sputnik: Germany has been aiming to host an international conference on Libya in November. Is Russia going to participate? Is there any understanding regarding the dates?

We participate in international efforts of Libya settlement. Actually, as we speak in Sochi, on the sidelines of the Russia-Africa summit, there are delegations of various power centres of Libya, various parts of Libya – from Sarraj government, from Haftar government, they are all there. So we are busy talking to them.