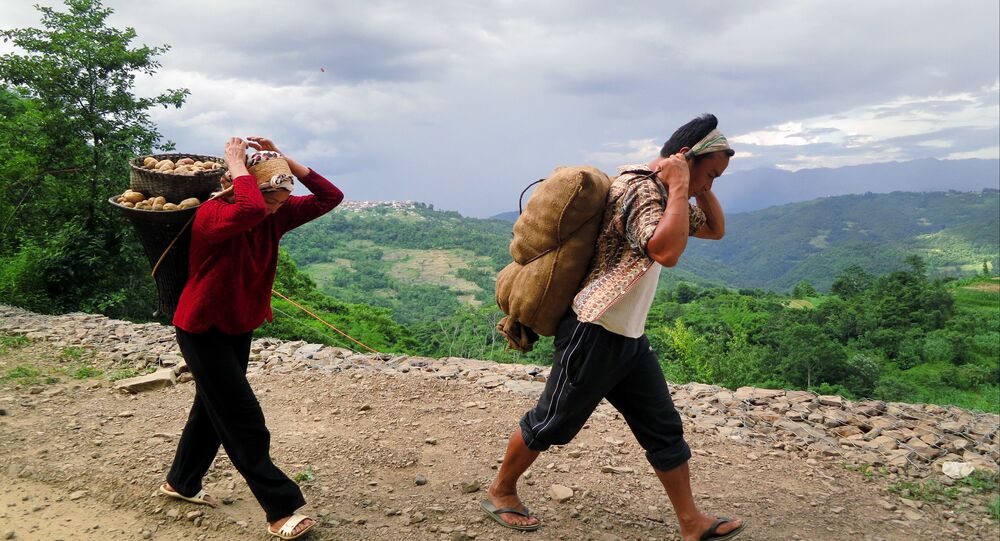 Two neighbouring states in India's north-east, Arunachal Pradesh and Assam, have been embroiled in border conflicts since last year. The dispute worsened last month after Indian Defence Minister, Rajnath Singh, opened border roads in an area that was meant to be Arunachal Pradesh but which a defence ministry document showed was in Assam.

The complaint comes days after India's Border Roads Organisation (BRO) showed Kimin, a town in the Papum Pare district of Arunachal Pradesh state, as part of Assam when the defence ministry was opening a new road in the area on 17 June.

Seven leaders from four political parties - the People’s Party of Arunachal, Janata Dal (United), Congress and Janata Dal (Secular) - filed a police complaint against Rijiju and Khandu on Thursday evening. They allege that Khandu and Rijiju have violated the Arunachal Pradesh Statehood Act of 1987, Bengal Eastern Frontier Regulation of 1873 (Restricted Area Permit) and Arunachal Pradesh (Land Settlement & Record) Act of 2000. The two were also accused of an "illegal attempt to distort or alter the territory of Arunachal Pradesh resulting in communal tension and severe unrest".

"Old signboards and foundation stones on which has been written Kimin-Arunachal Pradesh were intentionally covered with a white paste by BRO despite objections from the locals," the plaintiffs wrote.

Arunachal witnessed fresh protests when a statement by the defence ministry suggested that the inaugural event was held in the Lakhimpur district of Assam instead of Arunachal Pradesh. The locals took to the streets and demanded that the ministry's office in Kimin be immediately shut down.

Before the event, Singh tweeted about his two-day visit to Assam where he was set to attend the "opening ceremony of certain roads in the North-Eastern part of India''.

The two north-eastern states have been embroiled in border conflicts since last year when Assam claimed that Arunachalis had encroached upon 6,375 hectares of its forest land.

The All Kimin Youth Welfare Association (AKYWA) alleged that claiming Kimin was part of Assam was a premeditated move to hurt the feelings of locals. Joining the chorus, Arunachal lawmaker Tapir Gao alleged that the BRO was trying to erase "Arunachalhood".

After facing flak, Rijiju described the BRO's error of representing an administrative headquarters in Arunachal Pradesh as part of Assam as a “gross mistake”.

"The matter came to my attention after the event and I’ve immediately conveyed it to the BRO so that the mistake - which happened without the knowledge of Defence Minister Rajnath Singh and the Arunachal government - may be urgently corrected,” Rijiu wrote on Facebook.

Later, the BRO offered an apology to the people of Arunachal for the error.

“With the greatest humility, I seek forgiveness from the people of Arunachal Pradesh. Whatever mistake we made was purely unintended. We have no intention to hurt the state's feelings," PK Singh, the additional director-general of Border Roads, said.

However, BRO officials maintain that the incident was deliberate and had been decided at the "highest level" for "strategic reasons".