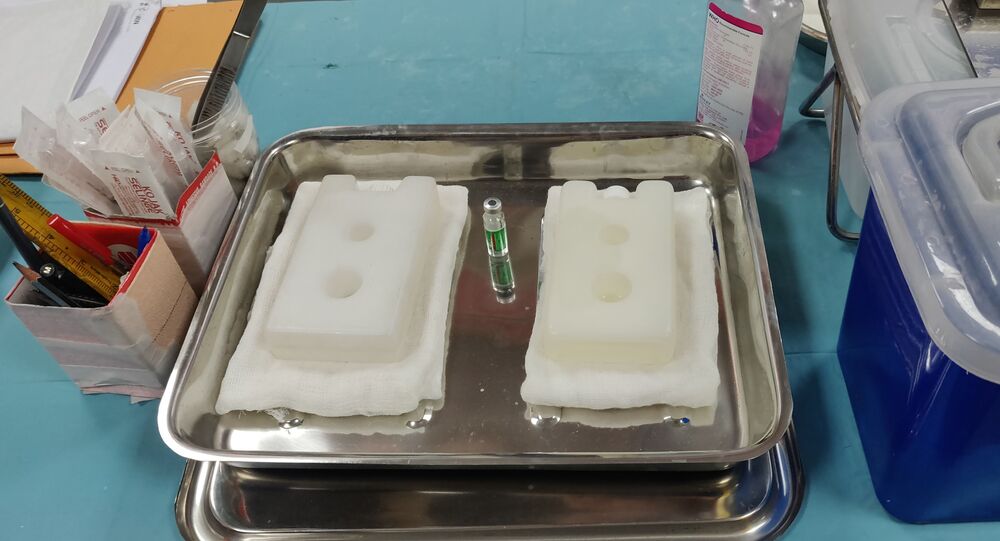 Covishield is being developed by the Serum Institute of India, the world's biggest vaccine manufacturing facility, and patented by British/Swedish pharmaceutical company AstraZeneca. But the European Union has excluded Covishield even after the India-made vaccine was authorised for Emergency Use Listing (EUL) by the WHO.

India has raised concerns with the European Medicines Agency (EMA) after Covishield, manufactured by the Serum Institute of India (SII), was excluded from the list of approved vaccines under the European Union's (EU) "Green Pass".

Sources have told Sputnik that the exclusion of Indian-made vaccines will be taken up at a diplomatic level in the coming days.

Covishield, the Indian version of British-Swedish pharmaceutical giant AstraZeneca's COVID vaccine, is one of the jabs being administered in the South Asian country's vaccination drive.

It is the only Indian vaccine to have been approved by the World Health Organisation (WHO) for Emergency Use Listing (EUL).

The exclusion of Covishield from the EMA's approved vaccine list was also raised by SII Chief Executive Officer (CEO) Adar Poonawalla, who assured that the matter will be "resolved soon".

I realise that a lot of Indians who have taken COVISHIELD are facing issues with travel to the E.U., I assure everyone, I have taken this up at the highest levels and hope to resolve this matter soon, both with regulators and at a diplomatic level with countries.

​The Green Pass, or EU Digital COVID Certificate, will be launched from 1 July and it will be valid for a year.

According to the European Commission, Green Pass holders, be it citizens of EU nations or their counterparts from third countries, will be entitled to "restriction-free" travel within the bloc.

All those who have been vaccinated against COVID with one of the four EMA-approved vaccines, or recently tested negative for COVID (11 days), or have developed natural immunity against the virus from a previous infection will be eligible for the "passport", as per the European Commission.

The WHO, on the other hand, has approved a total of eight vaccines under EUL — Pfizer/BioNTech, Astrazeneca-SK Bio, Serum Institute of India, AstraZeneca EU, Janssen, Moderna, Sinopharm, and Sinovac-CoronaVac.