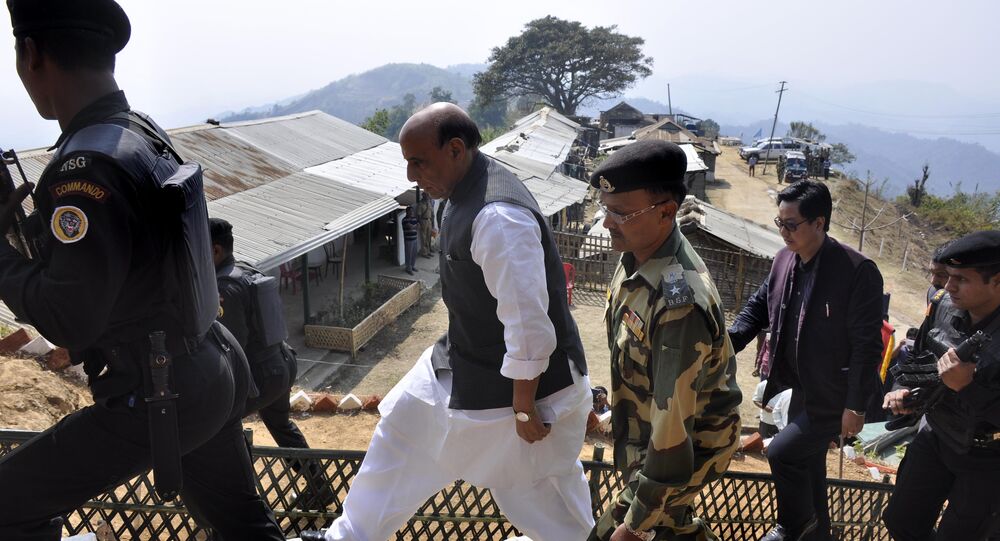 "Leaving New Delhi for Ladakh. During my visit, I shall be interacting with the troops and attending the inaugural function of several infrastructure projects constructed by Border Roads Organisation (BRO). Looking forward to it", Singh said on Twitter.

This is the first minister's visit to the region since February when Chinese and Indian armed forces started to withdraw troops from their positions from disputed Pangong Lake.

The tensions in Ladakh between China and India began last May. Following several conflicts between the countries' military units in the area of Pangong Lake, Beijing and New Delhi increased their military presence on the border. Having agreed on the troops' withdrawal in February, the sides discussed during the recent negotiations between military commanders the disengagement process in the Depsang Plains, the Gogra and Hot Springs areas.