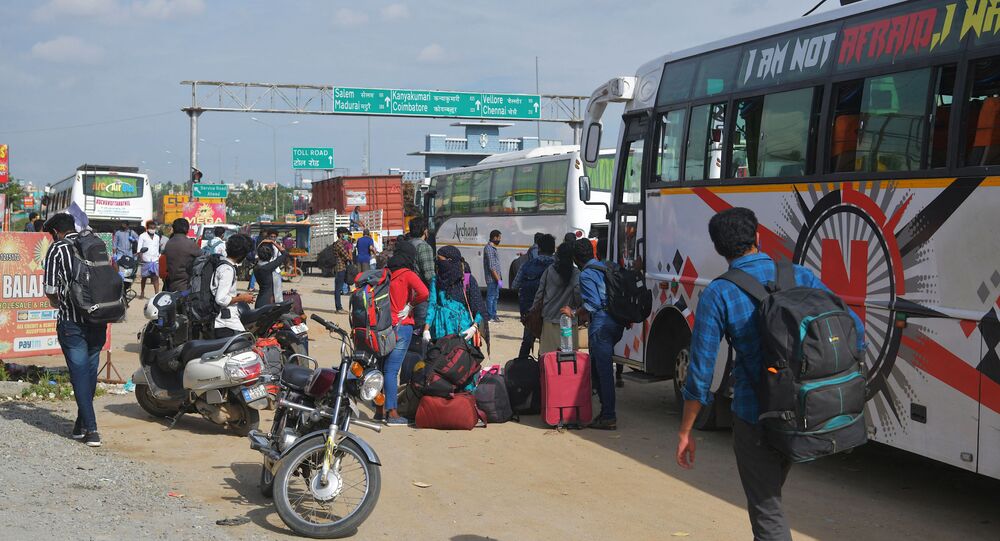 With a dramatic rise in COVID-19 cases over the past two month in India, the pandemic has hit the country's healthcare system hard and exposed how unprepared it was for a health crisis. The state and federal governments are now facing blistering criticism over the system having not been designed to withstand a pandemic.

India's handling of the COVID-19 situation and the inability of its healthcare system to support people in need have left many shell-shocked. Some are now moving to other countries in search of greater security.

"After losing my brother to COVID-19 during the first wave last year and looking at the health infrastructure of the country, I decided to wind up my business and move to Canada along with my family", said Sudhanshu Bhatt.

Bhatt, a businessman who had lived in Delhi for several years, said what hurt him most was that his brother died despite them having plenty of money to pay for the best treatment available. Now, after the past two months of health crisis in India, Bhatt is certain that he and his family can get better health facilities abroad than in India.

"A lot of people, including my family, objected to my decision. But in the past two months, the country's mismanagement during the second wave [April to June] has proved that my decision was a wise one", he added.

Bhatt and his family have completed all the documentation necessary to emigrate and are now waiting for flights to resume. Canada has extended the ban on direct flights from India until 21 June.

A resident of Noida in the state of Uttar Pradesh recently moved to Singapore in the hope of finding better healthcare.

"I did a lot of research for my parents who are in their fifties. I found out that Singapore has the best healthcare in the world and it even managed to contain the spread of COVID-19, so I decided to move there", said Deepak Tyagi.

Bhatt and Tyagi are among hundreds of Indians who have resolved to emigrate with their families since losing relations to COVID-19.

The country witnessed a massive shortage of hospital beds, oxygen, and medications - particularly in Delhi - amid a surge in infections and deaths during April and May of this year. And many people are now scared of a probable third wave.

According to visa and immigration service providers, people are contemplating moving to those countries that have better healthcare, after realising that India's system could not adequately support them during the second wave of the pandemic.

Vinny Mehta from Abhinav Consultancy, which offers visa and immigration services in Delhi, told Sputnik: "Over the past three or four months, we have seen a 30 percent to 35 percent surge in queries and the number is expected to rise with the third wave approaching".

She added that the "rise in queries is a little more than 25 percent up on a year ago with the majority of them being referrals".

She further revealed that during counselling they observed the second COVID-19 wave in India had affected almost every applicant - directly or indirectly.

Sputnik contacted a number of immigration departments, embassies, and consulates of several countries who confirmed the rise in applications received in recent months. However, they didn't share their statistics about how many applications they received.

Several of the immigration and visa service providers in India that Sputnik contacted revealed that they have received queries not just for the usual destinations such as the US, Canada, and Australia, but also other smaller nations, including Austria, Ireland, Portugal, Malta, Cyprus, Turkey, and even islands such as Saint Kitts and Nevis, despite the language barrier.

According to the providers, the applicants' main concern is how easy it is to obtain a visa.

"A lot of clients from middle-class families have contacted us and are exploring the best possibilities to move abroad permanently with their families", said Vipul Rohilla from Visa Experts.

"They want to move either to a country of their choice or one which offers better facilities - particularly where health and education are concerned - requires minimum investment, and takes less time to process their immigration application", Rohilla added.

He also said that before the pandemic, people had different reasons to move abroad including expanding their business, or seeking preferable taxation.

"In the past, people felt that foreign governments provided value for money. But with the mismanagement of the pandemic, people have realised how important infrastructure is for a country".

"People feel if they are not going to be taken care of - despite earning so much - and if the government is unwilling to invest in healthcare, there is no reason to live here", he added.

The second wave of COVID-19 took India by surprise and the massive surge in cases saw the country's health infrastructure collapse.

In the past two months, India faced a crippling shortage of hospital beds, oxygen, medicines, and even burial plots or cremation grounds.

Several incidents of ambulances queuing up outside hospitals, bodies piling up outside crematoriums and graveyards for hours, and the basic medical facilities seeming to crumble in parts of the country because of a lack of facilities and ventilators were front-page news for days.

According to India's Health and Family Welfare Ministry which is led by Dr Harsh Vardhan, the country reported more than 140,000 deaths between April and May, after which several states were forced to implement lockdowns and other restrictions.