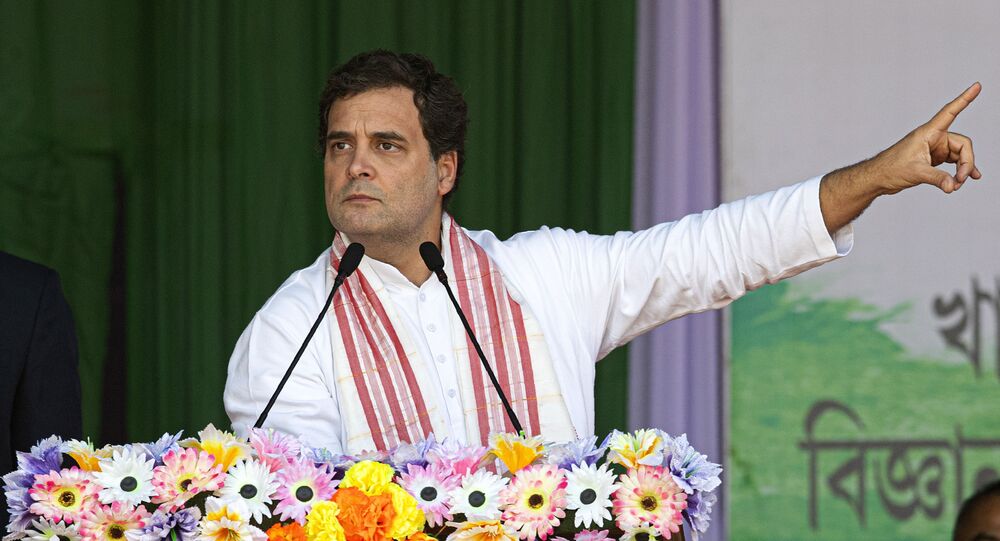 Over the past few months, India's opposition parties have become increasingly strident in their criticism of the Prime Minister Narendra Modi-led government on matters as diverse as alleged mismanagement of the COVID-19 pandemic, a shortage of vaccines and many other problems.

Rahul Gandhi, a senior figure in India’s main opposition party, took a dig on Tuesday at Prime Minister Narendra Modi and his government over the negative economic growth and unemployment which has been seen in the country.

Gandhi, who has been the most vociferous critic of the federal government's response to the coronavirus pandemic in the past few months, took to Twitter and shared a graph by the Centre for Monitoring Indian Economy and dubbed it the "PM's Hall of Shame - Minimum GDP. Maximum unemployment".

His criticism came a day after the federal Ministry of Statistics and Programme Implementation released the Gross Domestic Product (GDP) figures which measure the market value of all the goods and services produced within a specific timeframe during the year.

For the most recent year, the fiscal year 2020-21, India recorded the worst negative growth in more than four decades.

"The growth in GDP during 2020-21 is estimated at -7.3 percent rather than 4 percent in 2019-20," the Ministry of Statistics and Programme Implementation said in an official statement on Monday.

According to a report by the Centre for Economic Data and Analysis (CEDA) based on numbers from the ILOSTAT database of the International Labour Organization (an agency of the United Nations), India's unemployment rate rose sharply to 7.11 per cent in 2020 - its highest level since 1991 - from 5.27 per cent in 2019.

Ever since the pandemic hit the country last year, Congress leaders have been regularly highlighting the shortcomings of the central government on different measures being undertaken by them on almost any front.

Earlier on Tuesday Gandhi questioned the central government about what plans it had to deal with rising cases of mucormycosis - Black Fungus - through the country.