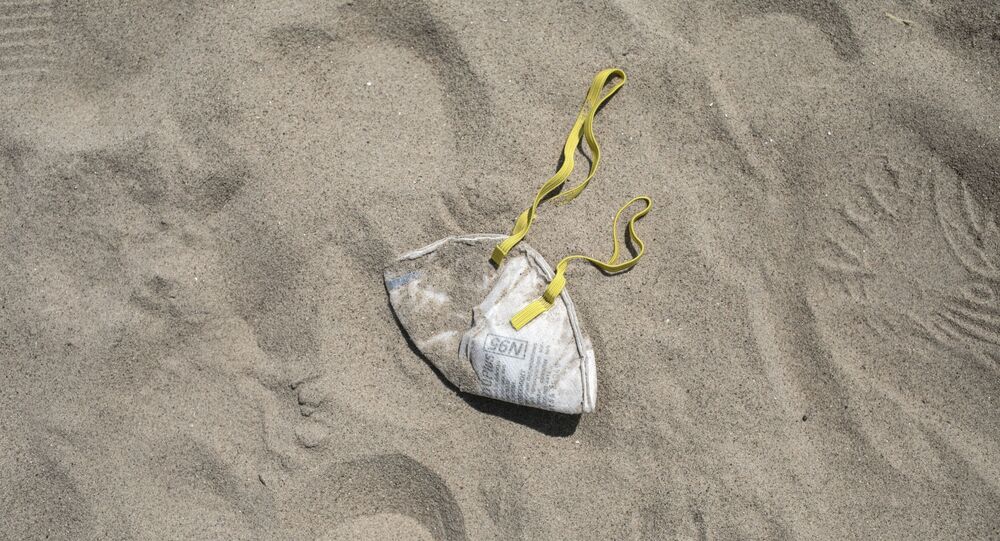 Biblical Horror on Cam: Cops Hammer Nails Into Man's Hand, Feet for Not Wearing Mask in India's UP

After most of the country went into lockdowns to check the spread of COVID, security forces were instructed to maintain corona protocols. Indian police have been instructed to collect nominal fines from lockdown violators, and leave them with a warning. In recent days however, several instances of police brutality have emerged in India.

In a state that is ultra-protective of cows, a man in the city of Bariley, Uttar Pradesh (UP) was punished by the cops for not wearing a mask - in a shockingly brutal way.

Large iron nails were hammered into the hands and feet of this relatively young man, whose name remains unclear in the clip.

A video of the wailing man in pain emerged on social media on Tuesday, showing him narrating the horrible tale of how security personnel physically assaulted him and hammered nails into his body for not wearing a mask.

WARNING! The following video is diturbing and may offend sensibilities

Did the cops at Bariley's Baradari police station really hammer nails into this person's body for not wearing a mask.?@Uppolice -- do you have an explaination? pic.twitter.com/yJfHYD9mTn

​As per Subhash Yadav who posted the video on his Facebook wall, the mother of this man blamed police officials from the Baradari police station in Bariley for physically assaulting her son.

At present, UP Police have not publicly addressed the matter.

This is not the first case of police brutality that has surfaced on India's social media segment.

© REUTERS / P. RAVIKUMAR
Indian Cops in City of Indore Beat Civilian for Not Wearing Face Mask Properly Outdoors
Last month in Indore, a major city in the central Indian state of Madhya Pradesh, a 35 year old man was ruthlessly beaten up on a road by two police officers for not wearing a mask properly. As per media reports, the man, named Krishna Keyer, was an auto-rickshaw driver and was on the way to the hospital to meet his admitted father on the evening of 6 April. A child's voice crying for his "papa" can be heard in the background of the video that detailed the incident and went viral on social media.

These visuals from #Indore are saddening, police should be a bit more sensible. Stop such brutality. @makarandkale reports action has been taken by the govt against these policemen. pic.twitter.com/d8LxIpLcz3

​Mumbai Police have also drawn flak recently for making unmasked people do exercises under the scorching sun as punishment.

“Face mask rule violators at Marine Drive in Mumbai being made to do a “Murga” walk as punishment by Mumbai Police” Received on my ‘SignalWonderbox.’ A common punishment in the boarding school I attended. Comical, but physically taxing.I certainly won’t forget my mask!! pic.twitter.com/GnVY6NfasV

​After continuous incidents like these, time and again, Indians have pointed out that Indian cops must focus on assisting people and helping them instead of abusing the power that comes to them with their Khaki uniforms.

This is not acceptable. First, it seems he is not criminal and if he is then there should be some protocol to interrogation. This will only create a untrust and hate for police in citizens. https://t.co/OgyI0XN933