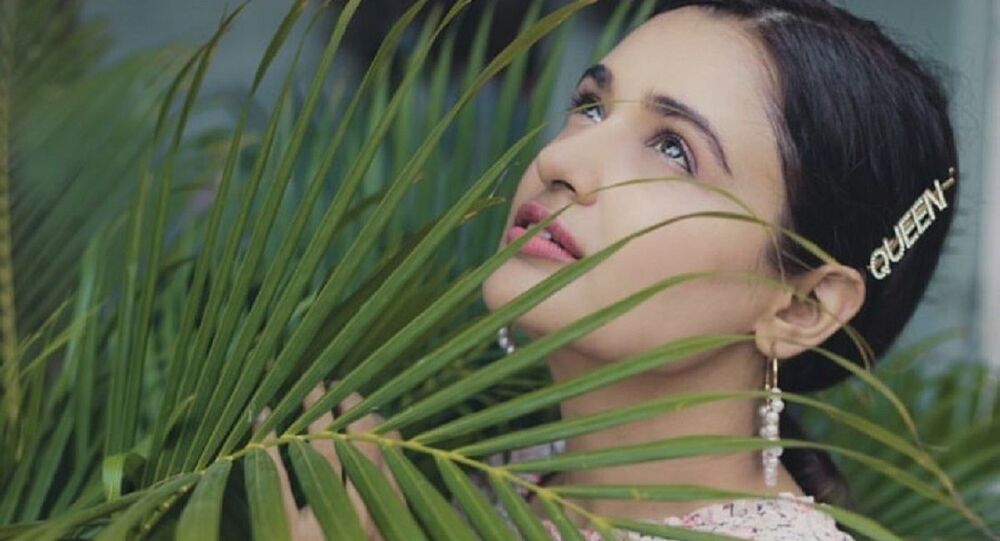 Bollywood Actress Yuvika Chaudhary has apologised after being called out for using a casteist slur in a recent YouTube video while discussing the oppressed Dalit community.

In the video that's now gone viral, Yuvika comments on her appearance, saying, “Why do I always dress like a bh*ngi [an offensive term to describe people from the oppressed Dalit community] when I am shooting vlogs? (sic)."

Outraged netizens have demanded her arrest for her insensitive remark on social media, with the hashtag #ArrestYuvikaChaudhary widely shared as a result.

Nothing is more damning than people using casteist slurs.
This blatant ignorance and systemic societal normalization of casteist slurs are completely unacceptable. Appropriate legal action needs to be taken to curb such behavior.#ArrestYuvikaChoudhary pic.twitter.com/CVPRlLi1ET

These r those narrow minded Ppl in our society bcoz of whom Caste Stigma in Ind Still exists
Be it Munmun Dutta,Yuvraj or @yuvikachoudhary , the thing is this Ppl just issue an apology and get away
What is req is a permanent soln#ArrestYuvikaChoudhary
pic.twitter.com/jF2iuMXqtL

​After the public backlash, the actress apologised on Twitter and said that she didn’t know the meaning of the word she used in her vlog and didn't mean to offend anyone.

She later issued an apology, saying, “It was never said with the intent of insult, intimidate, humiliate or hurt anyone’s feelings. Because of my language barrier, I was genuinely misinformed about the meaning of the word.”

These are the celebrities who normalise casteist slurs in society. Which is highly unconstitutional & shall be booked under SC/ST act.
Savarna-brahmin celebrities have 0 responsibility & accountability towards Society. Leggit Influencing people to dehumanize a whole community. pic.twitter.com/yRBPPvTmLy

Last year, Bollywood actress Kangana Ranaut, whose Twitter account has been permanently suspended, was also booked after a lawyer lodged a complaint against her anti-caste tweets.

If Not for Legal Aid & Reservations, Minorities Would Struggle to Survive in India: Sociologists