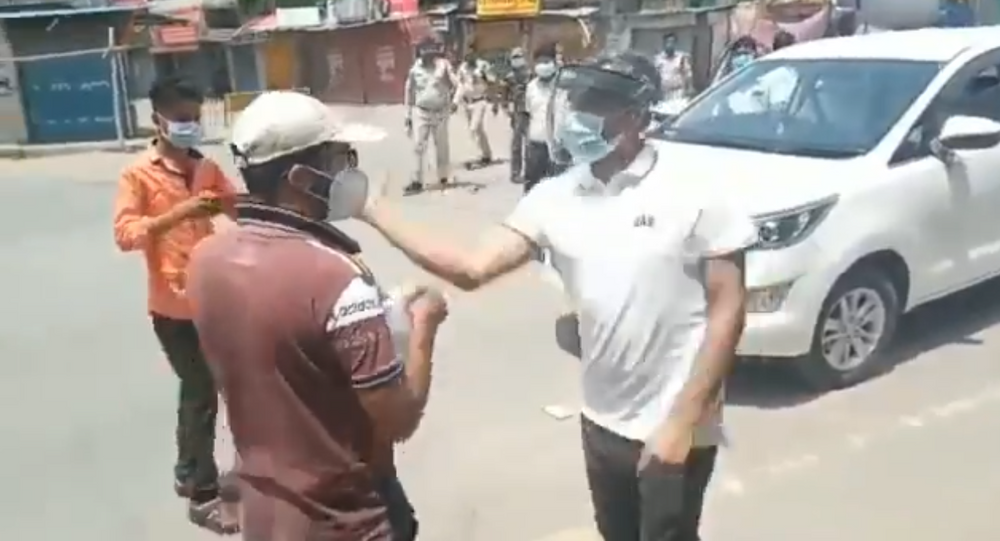 The Indian state of Chhattisgarh has reported 4,328 new coronavirus cases, and logged 103 deaths, in the last 24 hours, while 9,631 people were discharged from various hospitals. With the state clocking more than 4,000 new cases per day, the lockdown has been extended to 31 May.

Bhupesh Baghel, state chief of India's Chhattisgarh, on Sunday ordered the removal of District Chief (District Collector) Ranbir Sharma from Surajpur after a video of him slapping a young man and throwing his phone on the ground went viral. The man was allegedly not complying with COVID-19 lockdown restrictions.

"Through social media, the case of misbehaviour against a young man by Surajpur collector Ranbir Sharma has come to my notice. It is very sad and condemnable. In Chhattisgarh, no such act will be tolerated at all. Instructions have been given to remove collector Ranbir Sharma with immediate effect," the state chief tweeted in Hindi.

He further stated that such conduct is not acceptable in the work of any police officer. "I'm upset with this incident and apologise to the victim and his family," he said.

Sharma has faced wide criticism for his actions since Saturday after the video went viral. In the video, a man named Sahil Gupta is seen taking out his identity papers as the district chief approaches him. The senior officer asks for his phone, the man immediately obliges and hands over his cell to Sharma. However, in a fit of rage, the officer slams the phone on the ground before slapping the man.

After slapping the man and nearly destroying his phone, Sharma is seen ordering the police officials to beat the youth yet again. He is also heard rebuking a young man for recording the incident.

​Late on Saturday night, Sharma issued a public apology for the incident.

"Today, a video is viral on the social media in which I am shown slapping a man who was out during lockdown. I sincerely apologise. I never had any intention to disrespect or belittle the person in the video. The COVID-19 situation in Surajpur is bad. I along with my parents tested positive recently. We all employees of the state government are striving hard to tackle this problem," Sharma said.

He further mentioned that the man wasn't a minor, as has been claimed on social media.

"He is 23-year-old and was speeding and not stopping his two-wheeler despite being told to do so. Later misbehaved with officials," he added.

The man was charged by the police under the Epidemic Diseases Act for flouting coronavirus rules.

Watch: Lockdown Flouters Forced to Do Squats as Punishment by Police in India