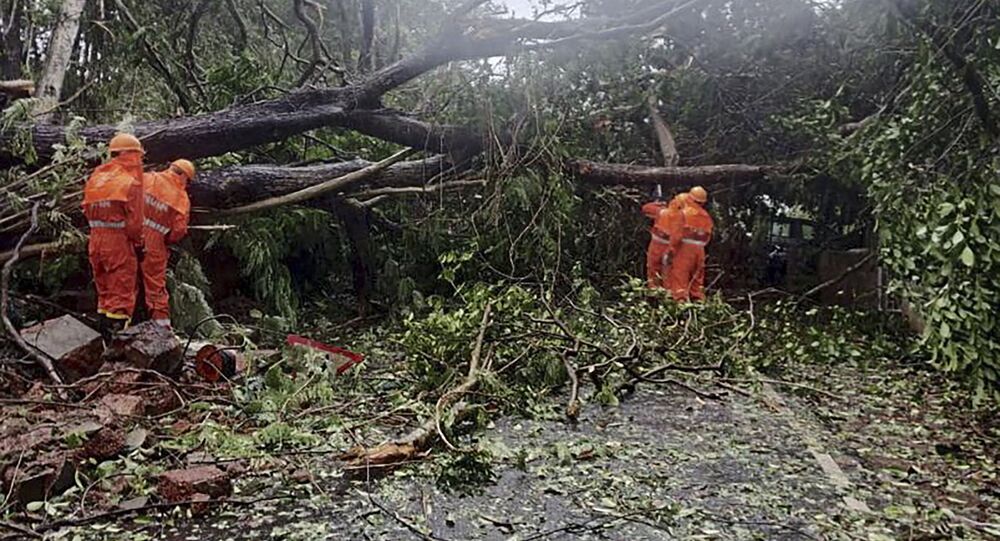 While India is still struggling to untangle itself from the grips of Coronavirus, a cyclone has made its way to wreck havoc on the western regions of the Asian subcontinent. Named Tauktae, the cyclone has already passed through the southern Indian states of Kerala, Karnataka and Goa – resulting in six deaths and serious property destruction so far.

The western regions of Gujarat and Diu in India are awaiting gusts of strong winds, lightning, tidal waves and rains as cyclone Tauktae, originating in the Arabian Sea, is set to make landfall in the area on Monday. The Indian Meteorological Department (IMD) has issued a red alert to these regions as the cyclone has intensified into a severe one, and will only get stronger in the coming days before it subsides.

“It (cyclone Tauktae) is very likely to move north-north-westwards and reach Gujarat's coast in the evening hours of 17th and cross Gujarat coast between Porbandar & Mahuva (Bhavnagar district) during the night (2000 – 2300 hrs IST) of 17 May as a ‘Very Severe Cyclonic Storm’ with a maximum sustained wind speed 155-165 kmph gusting to 185 kmph,” IMD’s  National Weather Forecasting Centre said in an official statement.

​Gujarat has already been under lockdown to contain the spread of Coronavirus, and the state authorities have further strictly instructed people to stay inside their homes to be safe from the cyclone effects.

Meanwhile, Mumbai city in Maharashtra state, down the coast from Gujarat, has also begun to experience the effects of the cyclone, with rains and strong winds sweeping the region. Other Maharashtrian regions like Pune and Nashik are also expected to witness the cyclone's effects.

Operations at Mumbai's Chhatrapati Shivaji Maharaj International Airport will also be closed for three hours -- that could be further reviewed depending on the cyclone's condition.

#CycloneTauktae currently passing 150 km west of Mumbai. Mumbai & surrounding areas will get heavy to moderate rains with gusty winds next 4 to 6 hours. After 2 pm impact will start gradually reducing over Mumbai as Cyclone moves towards South Gujarat landfall. #MumbaiRains pic.twitter.com/InQau3eL59

​Several trees and electricity poles have been uprooted by the cyclone, which has caused extensive property damage. The water level at many of the dams along the length of the river Tauktae has risen after heavy rains in the catchment areas.