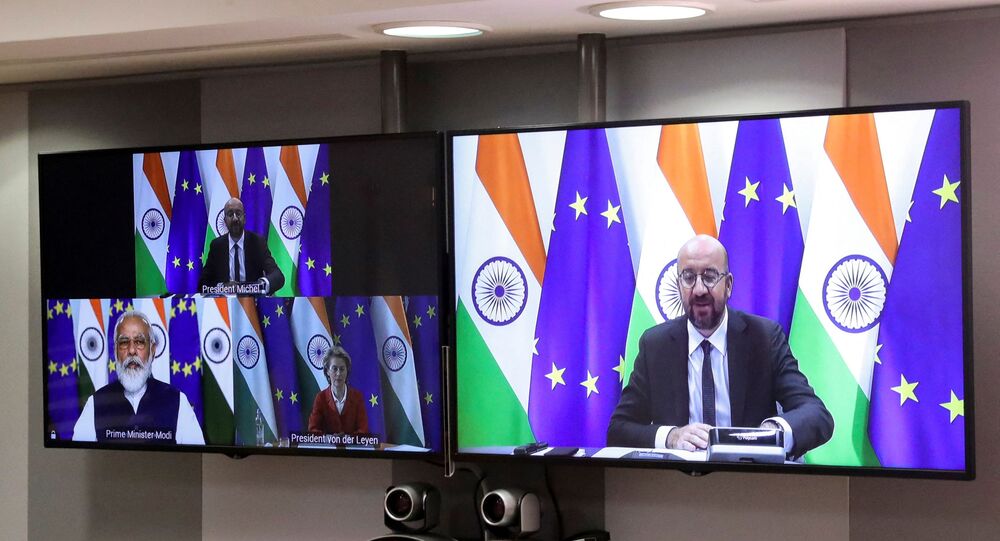 Negotiations for an FTA between India and the EU started in 2007, but were suspended in 2013 because of Delhi’s concerns about granting preferential market access to EU goods, including cars, farm products, wine, and spirits. A study by the EU Parliament before Britain left the bloc said that a trade pact would lead to benefits worth $10 billion.

India and the European Union (EU) will formally re-launch negotiations for a free trade agreement (FTA) at the upcoming leadership summit, EU officials said on Thursday.

The 16th edition of the India-EU Summit will be attended by Prime Minister Narendra Modi and his European counterparts, European Council President Charles Michel and President of the European Commission Ursula von der Leyen, as well as leaders of all 27 EU member states, according to a press statement from the Indian foreign ministry.

"The EU+27 have met in this format only once before, with the US President in March this year," the release says.

It adds that the leaders from India and the EU bloc will exchange views on a range of subjects, including "strengthening the India-EU economic partnership".

Negotiations for an India-EU Bilateral Investment Protection Agreement (BIPA) have been on hold since 2013 because of concerns New Delhi had about Brussels demanding greater market access for its cars, farm products, wine, and spirits - among other things. However, New Delhi has been seeking easier work and study visa rules for its citizens in the EU, which it argues would make it simpler for European companies to outsource their businesses to India.

Talks were first launched in 2007.

The EU was India’s largest trading partner in 2019, and also accounted for the highest foreign investment in the country. For the EU, trade with India constitutes two percent of its overall share.

The desire to re-launch talks only gained momentum last year after the 15th India-EU Summit, when the two sides decided to stage a “High-Level Dialogue on Trade and Investment”. It was launched in February this year in a virtual meeting attended by India’s Trade and Commerce Minister, Piyush Goyal, and Valdis Dombrovskis, Executive Vice-President and the EU's Latvian Trade Commissioner.

Delhi and Brussels “reiterated their interest in resuming negotiations for ambitious, comprehensive and mutually beneficial trade and investment agreements once their respective approaches and positions are close enough,” according to an official statement.

The development comes just days after the EU reportedly put on hold its investment pact with China, which constitutes 13 percent of its overall trade. The decision was triggered after a round of tit-for-tat sanctions between Beijing and Brussels starting with EU's sanctions on Chinese entities over the alleged mistreatment of Uyghur Muslims in the westernmost Xinjiang province.

The EU has recently been renegotiating its economic partnerships with other countries in the wake of the Brexit referendum. In 2019, it sealed an FTA with Japan, which has been described as the world's "biggest trade deal".

The India-EU Summit will take place days after the G7 Foreign and Development Ministers Meeting in the United Kingdom, in which India - along with Australia, Japan and South Korea - participated for the first time as an observer.