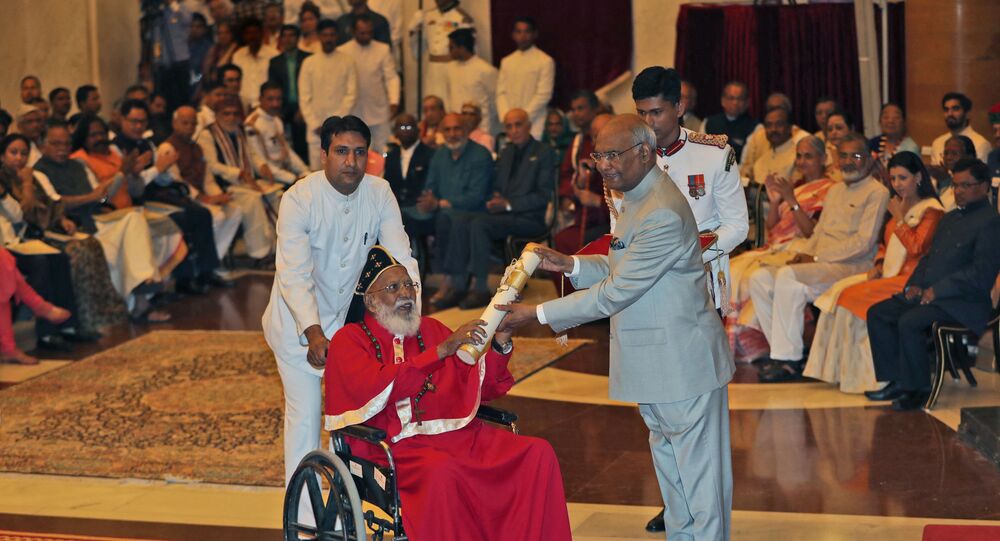 Often called the priest of wit and wisdom, Dr Philipose Mar Chrysostom served as a bishop for nearly 68 years, which is a record in the Indian church. He was honoured with the nation's third-highest civilian award, the Padma Bhushan in 2018.

One of the oldest religious leaders in India, Dr Philipose Mar Chrysostom, the former head of the Malankara Mar Thoma Syrian Church in Kerala, has passed away. He breathed his last at the age of 104 on Wednesday.

Mar Chrysostom was reportedly unwell and admitted to a private hospital last week. His funeral will be held on Thursday.

Calling his death a big loss, Prime Minister Narendra Modi took to Twitter to say that Mar Chrysostom "will be remembered for his rich theological knowledge and many efforts to remove human suffering".

Saddened by the demise of His Grace The Most Rev. Dr. Philipose Mar Chrysostom Mar Thoma Valiya Metropolitan. He will be remembered for his rich theological knowledge and many efforts to remove human suffering. Condolences to the members of the Malankara Mar Thoma Syrian Church.

My heartfelt condolences for the passing of His Grace the Most Rev. Dr. Philipose Mar Chrysostom Mar Thoma Valiya Metropolitan Thirumeni.

His kindness received love & affection from all communities. He will be fondly remembered. pic.twitter.com/w5RKwL2fxA

Padma Bhushan Dr. Philipose Mar Chrysostom Valiya Metropolitan brought people together transcending the boundaries of religion and politics, cared for them and made them laugh. Beloved thirumeni's passing is a loss to humanity, a void that cannot be filled. Respectful homage. pic.twitter.com/UZW2dzfNaA

I deeply condole the passing of His Grace, Padma Bhooshan, Dr Philipose Mar Chrysostom Mar Thoma Valiya Metropolitan. He was an epitome of peace, communal harmony, strength of the weak and downtrodden. May his soul rest in eternal peace 🙏 pic.twitter.com/4raYkTbS04