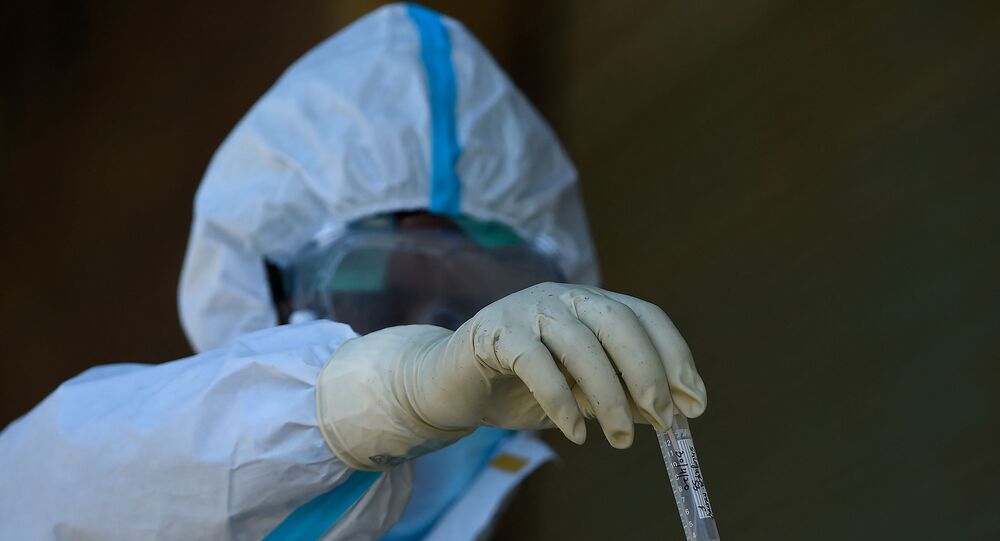 The revocation of the federal scheme for doctors and other healthcare workers comes at a time when India is in the grips of a second COVID wave, having recorded more than 200,000 new infections on four consecutive days. Authorities in various states are already complaining of crumbling medical infrastructure and overworked doctors.

India has discontinued a government-backed insurance scheme that promised $67,000 in compensation for families of doctors and other healthcare workers who have died while treating COVID patients, according to a recently surfaced government order.

Per the letter from the federal Health Ministry to the state governments, the Pradhan Mantri Garib Kalyan Package (PMGKY) Insurance Scheme expired on 24 March.

Families of health workers dying of Covid will no longer get Rs 50 lakh rupees. Never mind. But can we please at least have another round of rose petals on hospital roofs? Makes for good visuals. pic.twitter.com/k7zRsTduy3

​“As you are aware, PMGKY was implemented with effect from 30.03.2020 initially for a period of 90 days to provide an insurance coverage of 5 Million INR ($67,000 approximately) to the healthcare workers fighting COVID-19. Subsequently, the duration of the policy was extended up to 24 March, 2021”, said the letter from Rajesh Bhushan, the secretary of the Ministry of Health and Family Welfare (MoHFW).

The letter further informed the state governments that a one-month extension has been granted to healthcare professionals to submit their claims, with the deadline being 24 April.

“Under the scheme, 287 claims have so far been approved/paid for by the insurance company", reads the letter. “I would like to seek your support in sensitizing all the stakeholders, including the healthcare providers, regarding the conclusion of the scheme on 24.03.2021 and for expediting the submission of all the eligible claims under the scheme by 24.04.2021”, it adds.

The federal order comes at a time when a devastating second COVID wave is sweeping the country, which has a population of 1.3 billion. The federal Health Ministry reported a total of 261,500 new infections on Sunday morning, the biggest ever jump to date since the first COVID case was registered on 30 January 2020.

India has been recording over 200,000 new infections on four consecutive days now, with the overall caseload crossing 14.7 million, the world’s second highest.

The discontinuation of the federal insurance scheme comes as the medical facilities in the South Asian nation are particularly overstretched and doctors are working round-the-clock to fight the pandemic.

Various Indian states have been complaining about the lack of life-saving drugs, including Remdesivir, shortages of vaccine, medical oxygen, and hospital beds, among other things.

The federal government, however, maintains that the country has a sufficient stock of COVID-related life-saving equipment and drugs.