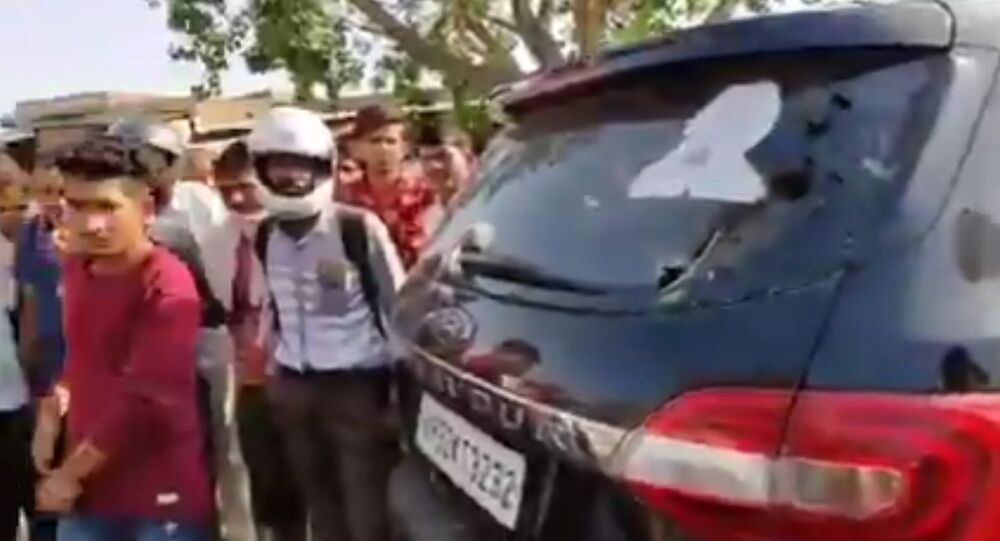 Since November 2020, thousands of Indian farmers have been protesting on the outskirts of Delhi and northern Indian states to force Narendra Modi's government to withdraw three new farm laws introduced in September. The farmers are concerned these laws will dilute the minimum support price (MSP) system and let market forces influence earnings.

The convoy of Bharatiya Kisan Union (BKU) leader Rakesh Tikait, was allegedly attacked in the western Indian state of Rajasthan on Friday. Tikait is the face of the ongoing farmers’ protests which have been continuing since last November at several locations in northern India.

The attack on his convoy in the Alwar district of Rajasthan shattered the windows of his car. According to local media, the attackers threw ink and stones at him. However, no injuries have been reported as state police safely rescued the farming leader.

© REUTERS / DANISH SIDDIQUI
Farmers take part in a tractor rally to protest against farm laws on the occasion of India's Republic Day in Delhi, India, January 26, 2021

Tikait is supposed to address a public gathering on Friday evening at Bansur town in Alwar district. The farmer leader took to Twitter and shared a video of a damaged car, saying that the attack was carried out by "BJP (Bharatiya Janata Party) goons".

​The two new farm bills and one amendment that have stirred the controversy are the Farmers (Empowerment and Protection) Agreement of Price Assurance and Farm Services Act, 2020, Farmers Produce Trade and Commerce (Promotion and Facilitation) Act, 2020, and the Essential Commodities (Amendment) Act 2020. They were passed during the monsoon session of the BJP-led parliament in September last year.

The police have not as yet confirmed who was responsible for the attack.