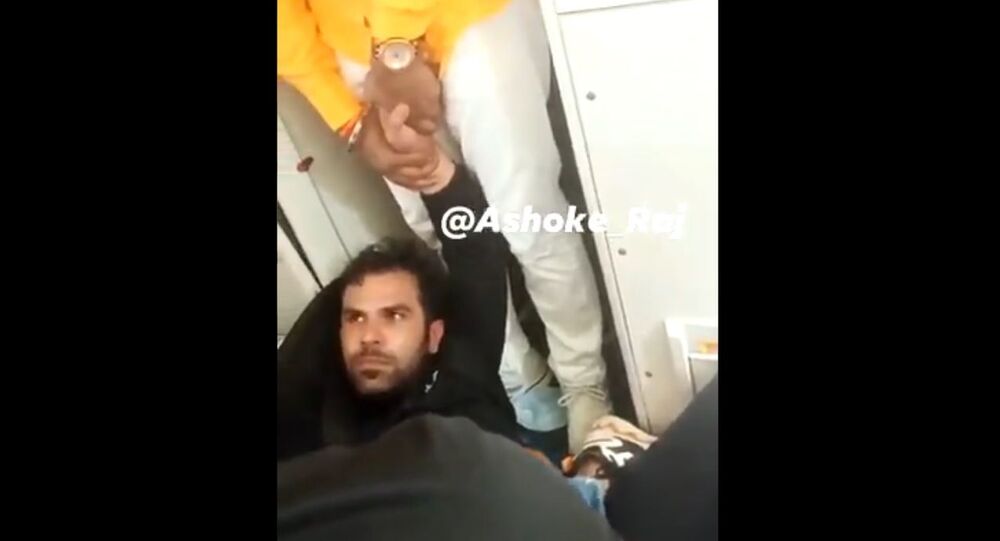 After the aircraft landed, the passenger, who is reportedly mentally ill, was handed over to the local police.

On Saturday, a passenger on a SpiceJet flight travelling from Delhi to Varanasi tried to open the emergency exit door mid-air but was restrained by the crew and co-passengers until the aircraft landed safely.

SpiceJet issued a statement explaining that the passenger – who was reportedly abusive and aggressive – travelling on flight SG-2003 suddenly got up and attempted to open the emergency door, causing serious alarm onboard.

"Immediately, the female crew stopped the passenger with the help of co-passengers and restrained him till the flight landed safely at Varanasi airport. The crew immediately informed the captain who requested the Air Traffic Control (ATC) for a priority landing,” the statement said.

Watch: A @flyspicejet passenger attempted to open an emergency exit door mid-air on a Delhi to Varanasi flight on 27th March. He said I know how to open the door after crew demonstration. #AvGeek pic.twitter.com/KtmiWMXAEq

A total of 89 passengers were onboard when the incident took place.

When the plane landed, an aviation and airline security team was deployed.

“The passenger was handed over to the local police by the Central Industrial Security Force (CISF) and SpiceJet’s security staff just after the aircraft landed safely in Varanasi airport,” SpiceJet statement said.

According to officials, the unruly passenger appeared to be suffering from phycological issues.

Sitting on a Gold Mine: Passengers Held for Smuggling Bullion in Wigs, Rectum at Indian Airport