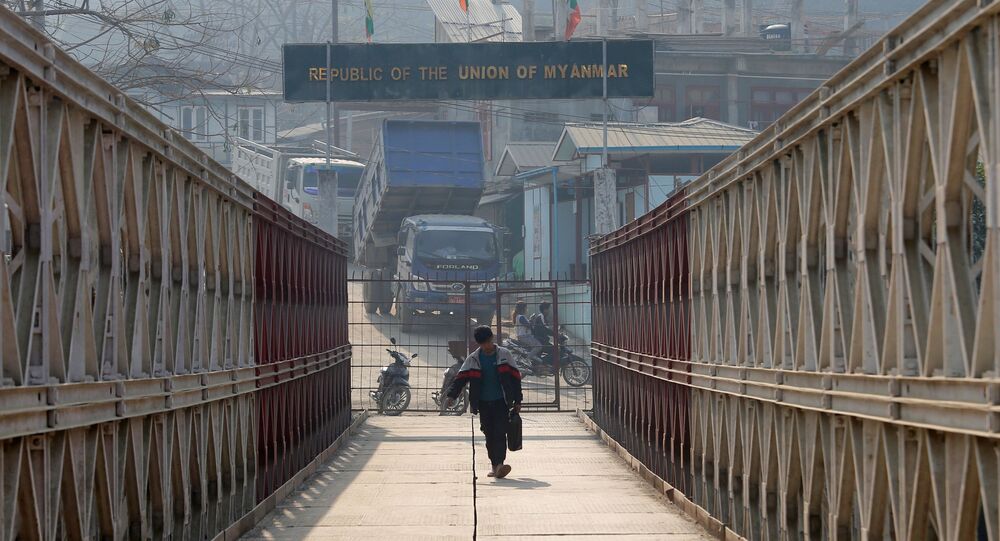 Four north eastern Indian states, Arunachal Pradesh, Nagaland, Mizoram, and Manipur, share a border with Myanmar, which has a free movement regime (FMR) allowing tribes living along it to travel 16 km either side without visa restrictions.

Many people in India’s north eastern state of Mizoram, which shares a 510 km border with Myanmar, are lending their support to the Mizo National Front (MNF)-led state government that's trying to get the Indian government to soften its stance towards refugees from Myanmar.

Hundreds of refugees have crossed into Mizoram fearing persecution after the February 1 coup in the country that saw the democratically elected members of Myanmar’s ruling party deposed by the military.

Myanmar has been gripped by protests ever since the coup when military rulers arrested Aung San Suu Kyi, the country's civilian leader and head of the National League for Democracy (NLD) party. It's believed that more than 100 protestors have died in violent anti-military demonstration in the country.

On March 10, the federal Ministry of Home Affairs sent a letter to the state governments of Nagaland, Arunachal Pradesh, Manipur, and Mizoram stating that all refugees should be identified and deported, and that the state authorities have no power to grant refugee status to any foreigner as India is not a signatory to the United Nations Refugee Convention of 1951 and its 1967 Protocol. The message was also issued to the Assam Rifles regiment guarding the India-Myanmar border.

The MHA advisory contradicts the stance taken by the ruling MNF in Mizoram, which is a partner of the BJP-led National Democratic Alliance (NDA). The statement comes days after the Mizoram chief said Mizoram will welcome people fleeing Myanmar “with open arms."

After that the Mizoram chief said that the state will welcome people fleeing the coup and that the advisory “was not acceptable.” The letter outlined that India “needs to do more and open up more” and urged the PM  “to intervene so that the political refugees from Myanmar are given asylum and provided food and shelter here in the country.”

The chief emphasised that “ Myanmar areas bordering Mizoram are inhabited by Chin communities who are ethnically our Mizo brethren with whom we have been having our close contacts even before independence. Therefore, Mizoram cannot just remain indifferent to their suffering.”

“India cannot turn a blind eye to this humanitarian crisis unfolding right in front of us in our own  backyard,” wrote the Mizoram chief to the PM.

Vanlalvena said in Indian Parliament that more than 300 people have entered Mizoram from Myanmar, including pregnant women and children.

“This number is on the lower side. More than 1000 people from Myanmar have crossed over,” a member of the Mizo Zirlai student association Pawl told Sputnik.

B Vanlaltana, president of Mizo Zirlai Pawl, told Sputnik, “ There is an overwhelming support of people in Mizoram for the refugees crossing over to the state from Myanmar. They are our Chin brothers and they need our help. We are here to do what we can for them.”

People in the state have organised musical events and concerts to raise money to help the refugees.

​Twitter is also abuzz with appeals by people urging the Indian government to support the refugees.

Recently, one of Mizoram’s best known singers, Rebecca Saimawii, took to YouTube to express her support to people in Myanmar.

"To all my brothers and sisters of Myanmar, I just want to let you know that you are not alone in the struggles you’re facing right now,” Saimawii said in the clip, before singing the revolutionary Burmese song, "Kabar Ma Kyay Bu," which has been used as an anthem of sorts for the 2021 civil disobedience movement. The clip has garnered 150,000 views.