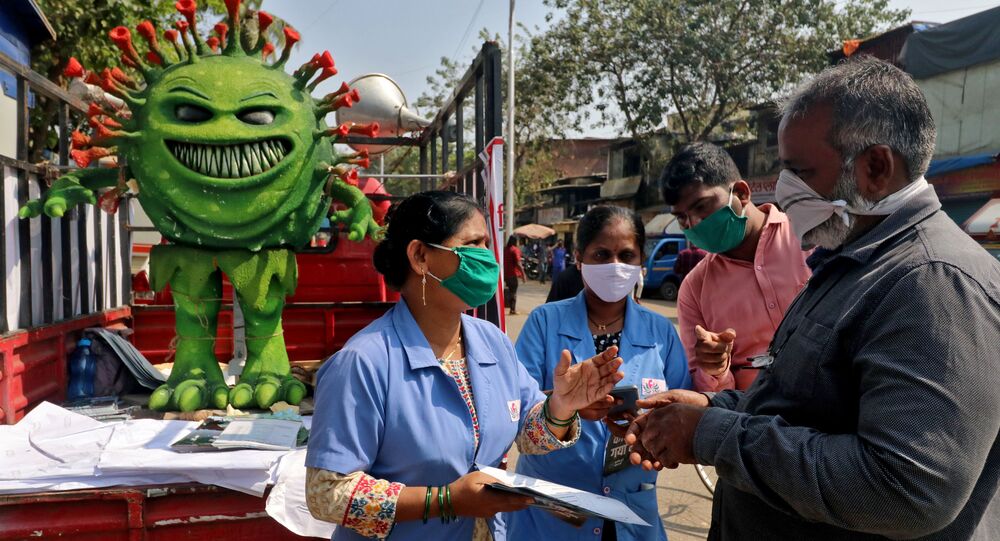 'Save Us From Stupidity': Indians Outraged After Gov't Probes Role of Hindu Hymn in Curing COVID

As part of the Indian government's ongoing efforts to find a cure for COVID-19, health authorities are now investigating if the revered Hindu hymn "Gayatri Mantra" could help in the treatment of the virus. Researchers behind the study claim that the song has proven to be useful in treating other ailments.

Researchers from India's government-backed All India Institute of Medical Sciences (AIIMS) Rishikesh are trying to find out if chanting the Hindu hymn "Gayatri Mantra" to COVID patients helps their recovery.

Many Indian netizens took to Twitter to express outrage over the study, with many viewing it as part of the government’s apparent attempts to marry religion and science.

​Some Indian netizens, however, have praised the research, asking others to “reserve their doubts” until the findings are published.

​As part of the study, 20 patients have been divided into two groups — A and B. While patients in both groups have reportedly received the usual treatment for COVID, those in Group A are being asked to chant the Hindu hymn as well as perform the "pranayama," a yoga breathing practice.

The trial, already underway, will last for two weeks. Doctors will measure inflammation in the patients and compare the readings with pre-study levels.

The inflammation levels in the human body are mainly measured by the C-reactive protein, along with other parameters such as Interleukin 6(IL6) levels.

The official details of the study are so far only available on the Clinical Trial Registry of India's (CTRI) website.

“Coronavirus caused by SARS-CoV2 is one of the major viruses that primarily targets the human respiratory system. The Gayatri Mantra is the most sacred prayer of the Hindus. There is no effective treatment or vaccine for this virus as of yet,” the website reads.

“Scientists are racing against time for a miracle cure/vaccine to fight this pandemic which has gripped the world. In this scenario, the role of pranayama and Gayatri mantra chanting which has been used in other diseases and has shown promising effects becomes vital,” it adds.