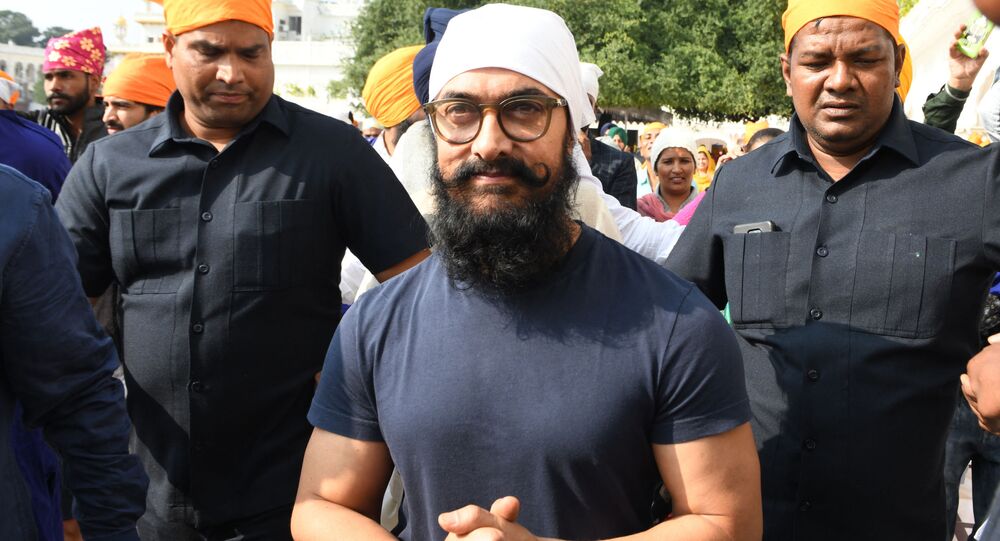 Bollywood superstar Aamir Khan broke the hearts of millions of his fans on Monday by announcing his decision to bid adieu to Twitter and Instagram.

The actor, who turned 56 on 14 March, thanked his fans for their birthday wishes before announcing his intention to log off permanently.

He took to his verified Instagram and Twitter accounts and posted a long note which reads, "Hey guys, thank you so much for all the love and warmth on my birthday. My heart is full. In other news, this is going to be my last post on social media. Considering that I am SO active anyway, I have decided to drop the pretence..."

Aamir also shared that all official announcements about his movies will be made on the official handle of his production house, Aamir Khan Productions.

"We will continue to communicate as we did before. In addition, Aamir Khan Productions (AKP) has created its official channel. So, future updates on me and my films can be found there...Lots of love", Aamir wrote.

Netizens were heartbroken and flooded social media with their reactions.

Heartbreaking news 💔#AamirKhan lefts Social Media. Now all the updates about him and his films would be shared from @akppl_Official. https://t.co/oKdOP6nM54

​Some netizens also praised his decision to go offline.

His confidence on his craft is stronger than mountain. Confidence that makes you think you don't need social media, interviews, bootlicking political party or promotion for your movie. Absolute briliant . Anyways, wise decision 🤘 https://t.co/OwTkaZUFcN

This is not the first time that Aamir Khan has disconnected himself completely. In February this year, he decided to turn off his phone to ensure that his work doesn't get affected for his upcoming film Laal Singh Chaddha that is slated to be released on 24 December 2021.