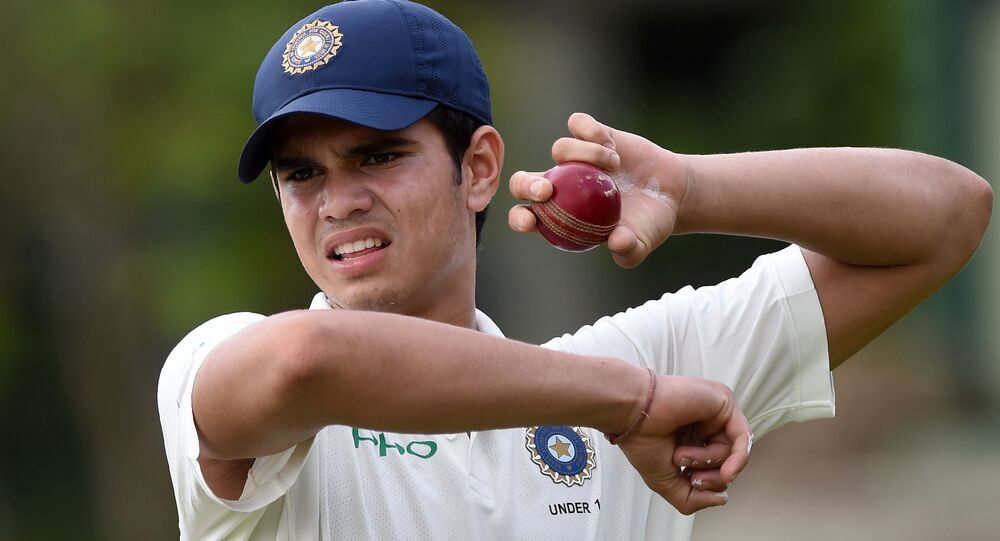 Arjun has been in the limelight for his bowling as well as batting. Unlike his father Sachin Tendulkar, who was a right-handed batsman and also bowled medium-pace and spin from his right hand, he is a left-arm seam bowler and a left-handed batsman.

Arjun Tendulkar, the son of legendary cricketer Sachin Tendulkar, on Friday made his debut in the domestic Twenty20 (T20) championship Syed Mushtaq Ali Trophy for the senior Mumbai team. In the championship, Team Mumbai is up against Team Haryana.

The Mumbai team picked the 21-year-old cricketer for its third match of the tournament. Arjun, who did not get to play in the first two matches, finally found a place playing XI.

In the domestic tournament, the Mumbai team lost the first two matches of the ongoing championship.

In their last match, they were crushed by Team Kerala at the Wankhede Stadium in Mumbai on Wednesday. Kerala’s Mohammed Azharuddeen had smashed 137 not out off just 54 balls and, in the process also, hit the second-fastest century in tournament history, off just 37 balls.

In 2017, Arjun trained with England men’s cricket team where he gave an injury scare to wicketkeeper-batsman Jonny Bairstow, who was hit on the toe off a yorker bowled by Arjun. Bairstow had to limp out of the session.

Arjun has represented city Mumbai at the Under-19 (U-19) level as well as other age group tournaments. He made his India U-19 debut in the year 2018.