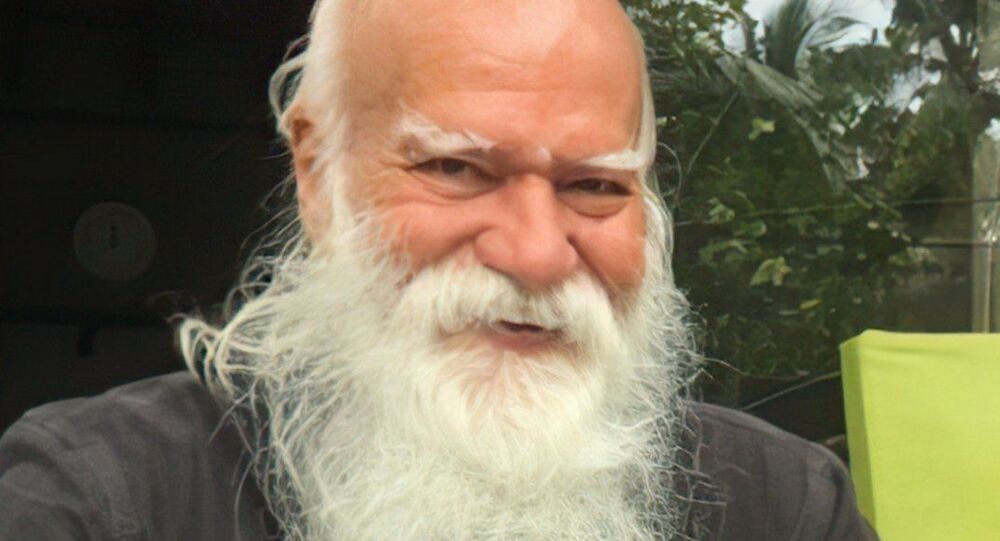 Top models, including Bollywood actress Ileana D'Cruz, walked the ramp for Satya Paul once. Since being founded in 1985, his Fashion label Satya Paul has been known for its signature prints, feminine designs, classic style and beautiful colour palette.

India’s renowned fashion designer Satya Paul passed away on Wednesday, about a month after suffering a stroke, it was revealed on Thursday.

The 79-year-old was recovering in hospital and was later moved to a Yoga Center in the Indian city of Coimbatore in Tamil Nadu state.

Indian Spiritual and Yoga Guru Sadhguru, the founder of the Isha Foundation, confirmed the news on Twitter on Thursday while expressing sorrow at the demise.

#SatyaPaul, a shining example of what it means to live with immeasurable passion and unrelenting involvement. The distinct vision you brought to the Indian #fashion industry is a beautiful tribute to this. A privilege to have had you amongst us. Condolences & Blessings. -Sg pic.twitter.com/DNMZ0DXvOf

Times of India quoted the designer's son Puneet Nanda as stating, “He had a stroke on December 2 and as he was slowly recovering in the hospital. His only wish was to get all the things he was being monitored and poked with (in the hospital) removed so that he could fly away. We finally got clearance from doctors to take him back to Isha Yoga Center, his home since 2015.”

As the news was broken on Twitter, netizens started expressing their grief with a fan of the iconic designer calling it an "End of a rich era."

​Filmmaker Madhur Bhandarkar too has expressed grief on the passing away of iconic designer.

Sad to hear demise of most influenced Fashion Designer @satyapaul sir.
His immense contribution in the fashion industry will be always remembered, My
heartfelt condolences to @puneetnanda and the family. #OmShanti 🙏

​Another fan wrote, "the designer who reinvented the saree for contemporary women”.

Satya Paul best known as the designer who reinvented the saree for contemporary women passed away today, of natural causes, at the Isha Yoga Center. He was 79. pic.twitter.com/nSPrYsl8NX

Dressed to Kill: Why the Most Fashionable Football Hooligans Used to Wear Pierre Cardin