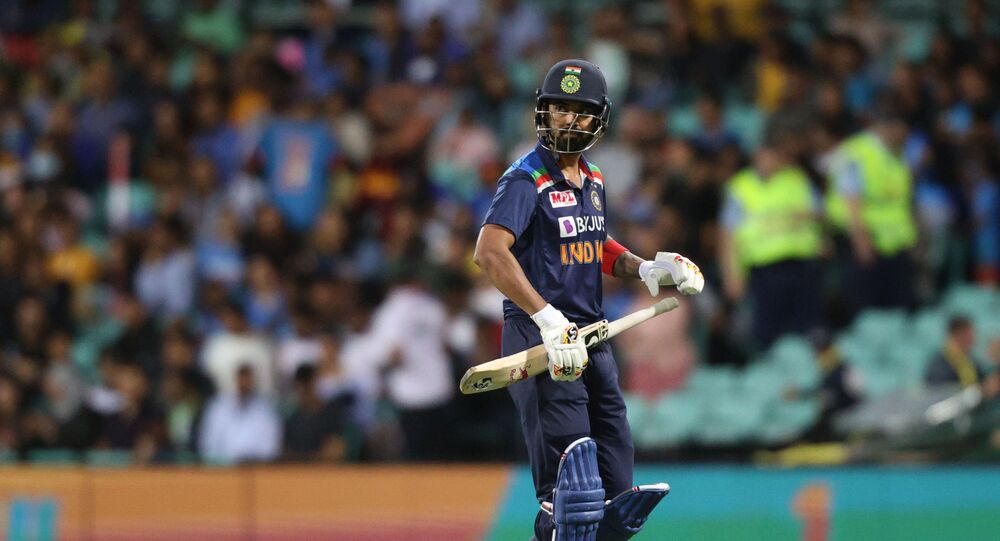 Team India’s opening batsman Rahul was hit during a practice session at the Melbourne Cricket Ground. Having sprained his left wrist, he now needs three weeks to recover.

Netizens have responded with a fair bit of wailing and gnashing of teeth to the news that Indian opener and reserve wicket keeper KL Rahul has been ruled out of the remaining two test matches against Australia in the ongoing Border-Gavaskar Trophy after he sprained his left wrist during net practice.

One disappointed fan took to Twitter to say the team's "horror run of injuries" is continuing and another said it was a "big blow".

​Rahul is expected to return to India and join the National Cricket Academy for rehabilitation.

The mishap means that Rahul is the third Indian player to return home from the Test series because of injury. The other two players, who had to cut short their cricket tour, were fast bowlers Mohammed Shami and Umesh Yadav.

Rahul has been part of the Indian Test squad since the very beginning of the four-match series, but was not picked to play for the first two games in Adelaide and Melbourne.

He was expected to replace Virat Kohli after the Indian cricket team captain went back home for his paternity leave after the team was beaten in Adelaide in December. However, all-rounder Ravindra Jadeja was preferred over Rahul.

India were bowled out for their lowest-ever Test score of 36 in their second innings as Australia claimed an eight-wicket win in the Adelaide Test to take a 1-0 lead. In the second Test in Melbourne, India beat Australia by 8 wickets to level the series 1-1.

The third Test begins on 7 January and will be played at the Sydney Cricket Ground.