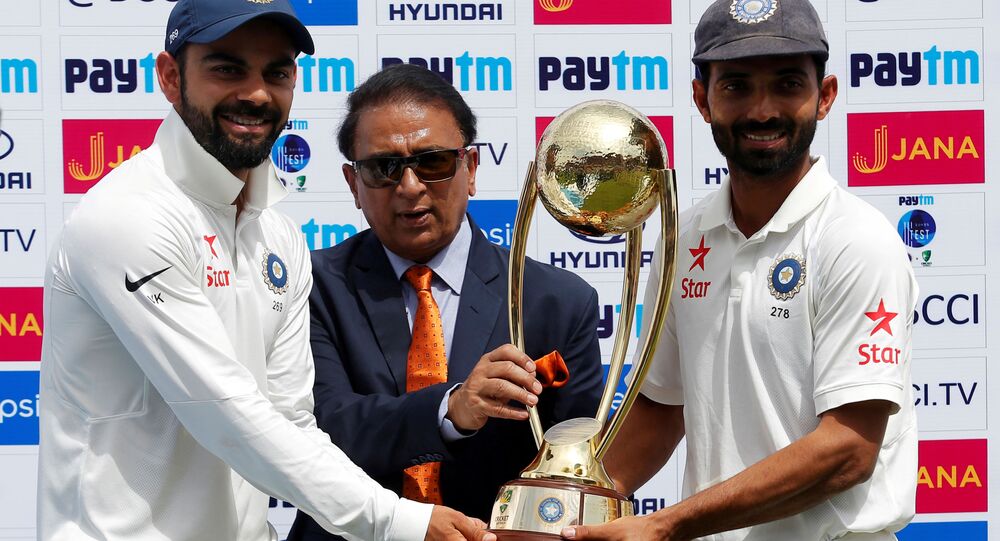 India's cricket team began their Australia tour in November to play four Tests, three one-day internationals (ODIs) and three Twenty20 matches. India lost the first Test by eight wickets. The team left for Australia on 11 November, a day after the IPL 2020 final that was played in UAE. It will play in Australia until the third week of January.

Hinting at a possible 'divide' in the Indian cricket team, former India skipper Sunil Gavaskar has said that treatment meted out to bowler Thangarasu Natarajan is biased as "there are different rules for different players".

He cited the fact that the captain of the Indian cricket team, Virat Kohli, has been given permission to leave the tour of Australia to attend the birth of his first child with actor-wife Anushka Sharma, whereas Natarajan, who became father during the Indian Premier League (IPL) play-offs, has yet to see his daughter.

In his recent column in Sportstar, Gavaskar wrote, "Another player who will wonder about the rules but, of course, can't complain about them, being a newcomer, is Natarajan. The left-arm, yorker specialist who made an impressive debut in the T20 - and had Hardik Pandya gallantly offering to share the man of the T20 series prize with him - became a father for the first time as the IPL play-offs were going on".

“He was taken to Australia directly from the UAE and then thanks to his brilliant performance, was asked to stay on for the Test series but not as part of the team but as net bowler. Imagine that," he added.

"A match winner, albeit in another format, being asked to be a net bowler. He will thus return home only after the series ends in the third week of January and get to see his daughter for the first time then. And there is the captain going back after the first Test for the birth of his first child. That's Indian cricket. Different rules for different people," the legendary former cricketer Gavaskar remarked.

Not long ago, Gavaskar got caught in a spot of bother for commenting on Kohli's performance, and received a telling off from Anushka for his so-called "distasteful" remark about her. While having a dig at Kohli, Gavaskar explained his slightly disappointing performance by writing: "He has only faced Anushka’s bowling during the lockdown. That's what we saw in the video."

Gavaskar was part of the commentary team as Kohli led the Royal Challengers Bangalore to lose against Kings XI Punjab.

In Defence of Rod 'The Plod' Lawler: Sometimes Slow Can Be Good in Sport