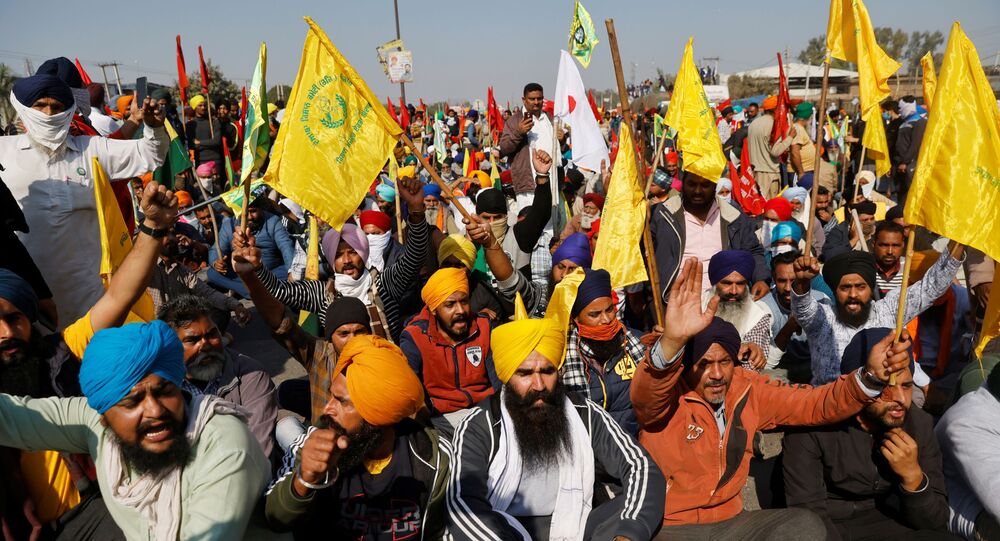 Indian Prime Minister Narendra Modi is set to release the next instalment of the farmer scheme on 25 December that is being touted as a major incentive to farmers while thousands of them are out on the roads protesting against new agricultural laws.

In a setback to India's ruling party BJP, more than 11,000 people who received funds under a central scheme for farmers, the Pradhan Mantri Kisan Sammann Nidhi (Prime Minister's Farmer's Tribute Fund) in Himachal Pradesh state have been found ineligible for the benefit, according to reports on NDTV.

The revelation comes as farmers from all over the country protest against new farm laws and demand they be scrapped.

The scheme guarantees each farmer an income of 6,000 rupees ($84) each year and in total has cost the country about 75,000 crore rupees ($11 million). The grant is paid directly into the recipient's bank account after the farmer registers.

However, after the government performed certain searches of data such as income tax, it discovered that many recipients had falsely claimed to be eligible.

Among those found to be receiving money wrongly under the scheme were many government employees receiving a pension from the state.

The government is now trying to recoup the wrongly paid benefits and an order has been issued to the deputy commissioners of Himachal Pradesh's 12 districts to pursue ineligible beneficiaries.

They have also been asked to take legal action against wrongful recipients and charge them for deliberately filing false claims.