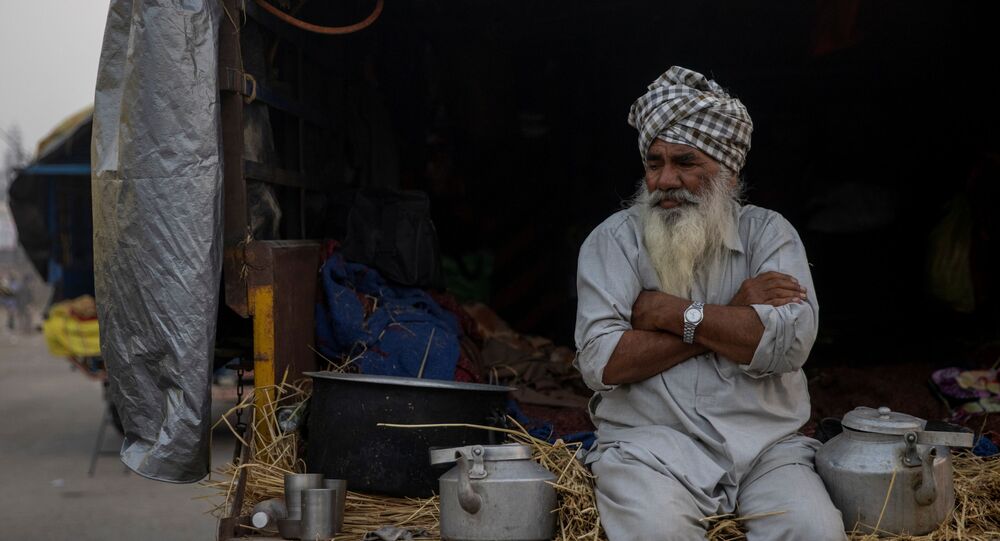 The farmer protests in India have entered their 19th day as crowds continue to gather around Delhi to denounce the newly-passed farm laws. After several rounds of talks with the government, including Home Minister Amit Shah, the farmers still want the laws be revoked.

The leaders of all major farmers' unions in India have issued the call for a day-long nationwide hunger strike among the members of the community on Monday. The hunger strike, which officially began at 9:00 a.m. (local time), will last until 5:00 p.m.

Netizens closely following the situation have also been sharing visuals and opinions on the hunger strike.

"Centre is being stubborn about our demands. This is an attempt to wake them up," says Balkaran Singh Brar, Working President, All India Kisan Sabha, Punjab pic.twitter.com/KY7mgGwJiT

Farmers on a hunger strike at the Singhu border . pic.twitter.com/QuVjZ6S592

Farmer leaders to observe 9-hour hunger strike tomorrow
I will be holding a one-day fast on Monday in support of the protesting farmers. pic.twitter.com/XlMB3oiEx2

Farmer Leaders To Go On Hunger Strike Tomorrow Against Farm Laws
The hunger strike between 8 am to 5 pm on Monday is part of the farmers' plan to intensify their agitation from December 14.#Fast4Farmers pic.twitter.com/gTdnSjcjVD

As protests against the gov's new agricultural laws escalate, will hold a day-long hunger strike today & hold demonstrations across the country. Farmers have said the protests will continue till the new farm laws are scrapped.#नरेंद्र_तोमर_इस्तीफा_दो pic.twitter.com/6b7SbOpGa3

​Over the chilly, rainy weekend, the farmers jammed the Delhi-Jaipur highway in a sign of protest.

Aiming to spread awareness about the laws, the ruling Bharatiya Janata Party (BJP) is set to organise 700 press conferences and "Chaupals" (mass gatherings) in all the districts of India to dispel the confusion among farmers.

The farmers, who have been protesting in Delhi and on the outskirts of the city since 26 November, are adamantly demanding a complete rollback of the Farmers (Empowerment and Protection) Agreement of Price Assurance and Farm Services Act, 2020; Farmers Produce Trade and Commerce (Promotion and Facilitation) Act, 2020, and The Essential Commodities (Amendment) Act 2020.

The laws were passed during the Monsoon Session of the Parliament in September. As of now, 11 protesters have died, including in road accidents, in Delhi.