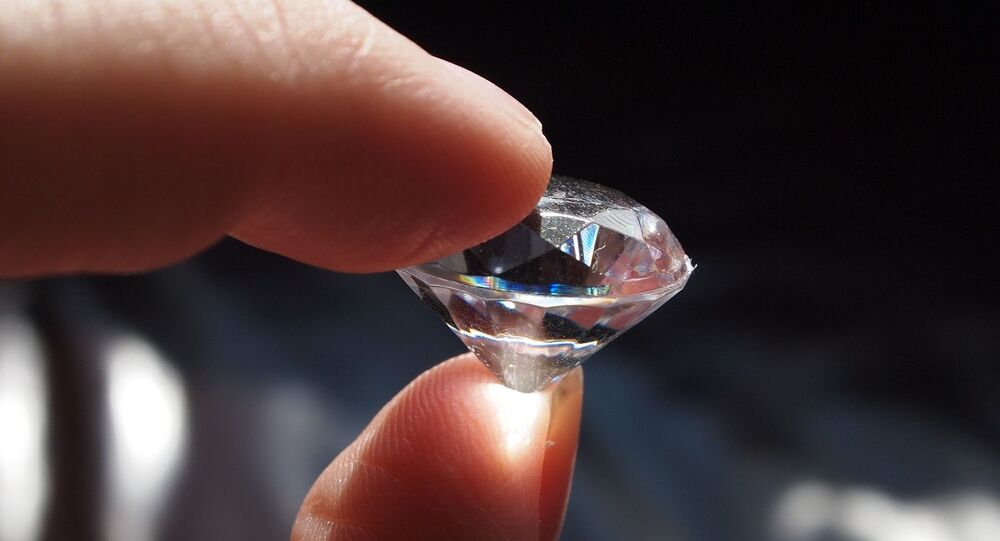 Lakhan Yadav, a 45-year-old farmer from Bhopal in Madhya Pradesh, was relocated to the town of Panna after his village was removed from Panna National Park. He leased a piece of land for $2.71 (INR 200) that has changed his fortune overnight after he discovered on it a diamond which has netted him lakhs of rupees.

For Lakhan Yadav, the day his life changed in November started like any other day with him busy digging the 100 square foot plot he was renting for just $2.71 (INR 200). Little did he know that lurking just beneath the surface was something that would change him from being a farmer to a millionaire.

He dug up a stone that looked very different from the sort he was used to. When he took it to the district diamond officer to find out what it was, he couldn’t believe that it was a 14.98 carat diamond!

According to a report in Indian daily Times of India (ToI), Yadav said he will never forget the moment he scooped up a handful of earth, stones and pebbles and found one that looked different. There was a shine just when he removed the dust off it and rubbed it.

“It has changed my life,” he told the newspaper.

Yadav, one of the farmers who was evicted from Panna National Park in Bhopal when the village was removed, has bought a motorcycle from the money. He plans to save the rest in a fixed deposit in a bank for his four children’s education.

"I’m not an educated person and I'll put the money in a fixed-income deposit account to ensure my four kids get a good education," he said.

He plans to go back to the field and continue digging for more of the same.

“I hope to get another diamond. I'll work on it for a few more months perhaps get the lease renewed," he said.