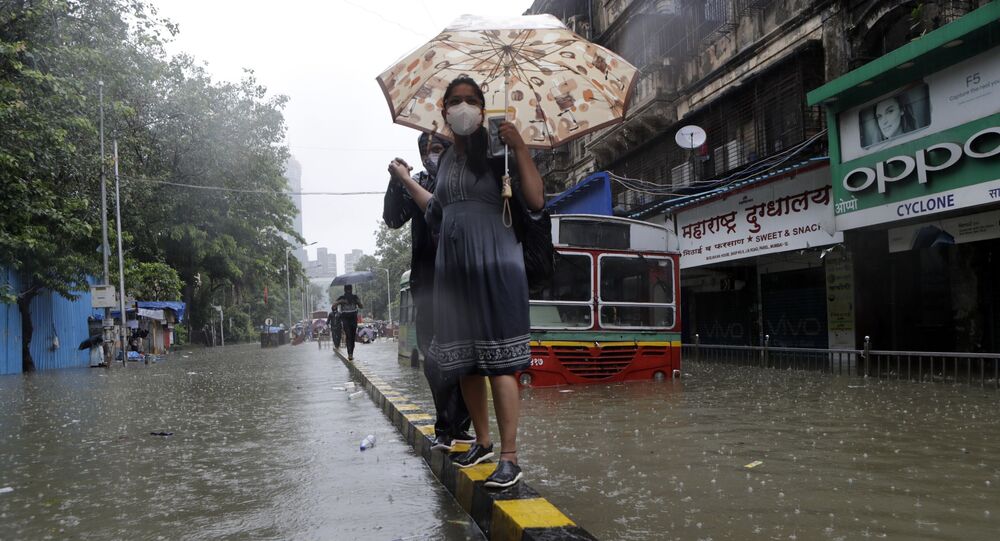 Last week, parts of southern India including Tamil Nadu, Karnataka and Puducherry were inundated by Cyclone Nivar. Now, the India Metrological Department (IMD) has alerted the region to brace for more storms and heavy rain for several days.

Just days after Cyclone Nivar, another meteorological depression has been observed in the Bay of Bengal, to India's southeast.

The India Meteorological Department (IMD) has predicted that it is likely to intensify into a “deep depression” over the next 24 hours and is also likely to become a cyclonic storm.

Southern Indian regions including Tamil Nadu, Puducherry, Andhra Pradesh, and Kerala will be witnessing heavy downpours until at least 4 December.

It is also being forecast that while rains will continue to lash southern India, the cyclonic storm is likely to move towards Sri Lanka.

The news has created major buzz on social media.

As per the @Indiametdept depresion had been formed in bay of bengal likely to become cyclonic storm and cross the #Shrilanka Coast #CycloneBurevi #CycloneAlert #BureviCyclone #Burevi under its influence heavy rains may lash #Tamilnadu #Kerla pic.twitter.com/aOi821C0gm

System 98B intensied into Deep Depresson Further Expected to Intensify into Deep Depresson/#CycloneBurevi Before Reaching Srilanka and Comiron Sea in Next 72hrs
Heavy to Very Heavy Rains to Lash South TN From 2nd Dec to 4th Dec 🌧️#ChennaiRains #TNRains pic.twitter.com/mcCTaE9iT0

During the night of 25-26 November, cyclone Nivar first made landfall near the coastal Tamil Nadu town of Marakkanam, 30 kilometres north of Puducherry, at around 2:30 a.m. (local time).

More than 200,000 residents from this area had earlier been evacuated to safer regions. The region has yet to return to normalcy, as several roads remain waterlogged.