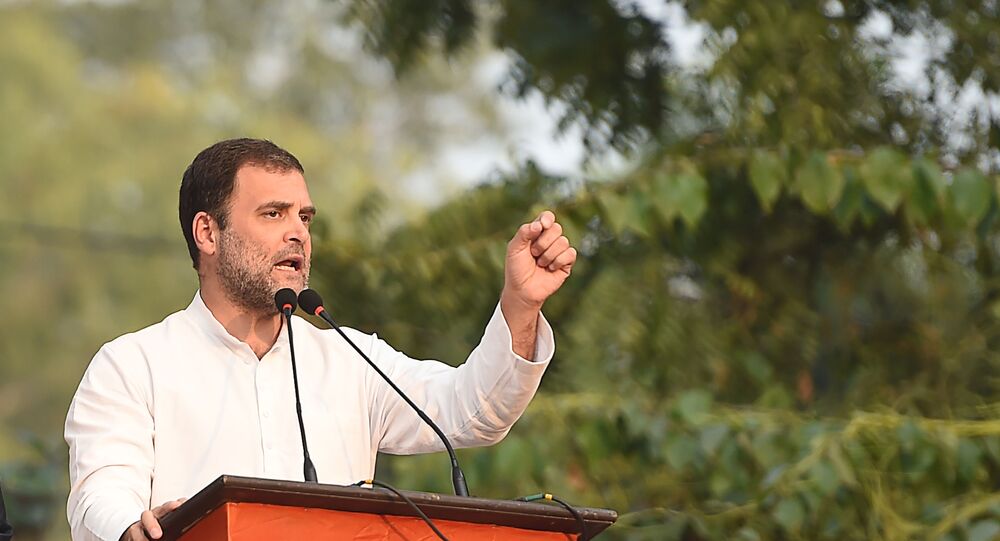 On Wednesday, the Reserve Bank of India (RBI) said the country's economy is likely to contract 8.6 percent in the July-September period of the current financial year (April 2020 – March 2021), as per its estimates. India’s Gross Domestic Product (GDP) was 23.9 percent less in April – June of this year than during the same period last year.

Pointing out the fact that India has entered into recession for the first time in history, in a Tweet attacking Prime Minister Modi on Thursday, Gandhi said, "Mr. Modi’s actions have turned India’s strength into its weakness."

India has entered into recession for the first time in history.

The claim made by Gandhi, however, is not new, as various global financial agencies as well as the RBI have projected negative growth for India for the entire financial year due to Covid-related disruptions.

In the Indian government accounting system, the financial year begins in April.

Even though the RBI has estimated in its recent report released on Wednesday that the Indian GDP may see a contraction of 8 percent in July – September, it earlier said that a contraction of 9.5 percent is expected in the current financial year.

While announcing the key lending rates on 9 October, RBI Governor Shaktikanta Das said, “For the year 2020-21 as a whole, real GDP is expected to decline by 9.5 percent, with risks tilted to the downside. If, however, the current momentum of upturn gains ground, a faster and stronger rebound is eminently feasible."

RBI maintained that GDP growth may "break out of contraction and turn positive" in January-March 2021, essentially meaning that India’s economic contraction will continue till December this year.

Other agencies have also predicted an economic contraction in the current financial year.

The World Bank has said that India’s GDP is expected to contract by 9.6% in the current financial year. Goldman Sachs has said India's economy would shrink by 14.8 percent, while India Ratings maintained that the economy would contract 11.80 percent.