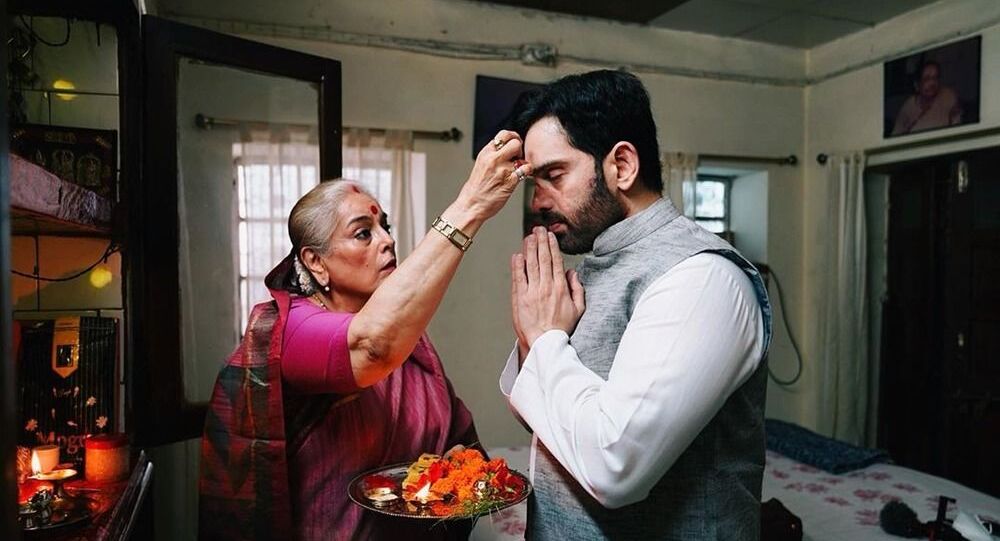 After a stint in acting with such films as Sadiyaan and Paltan, Luv Sinha has now gravitated to politics and is fighting elections as a Congress candidate from Bihar State’s Bankipore constituency. Fondly called Bihar Putra (son of Bihar), Sinha has been following in the footsteps of his father actor Shatrughan Sinha who is a parliamentarian.

For 11 years, Luv says, he has been supporting his father behind the scenes and has learnt by observing him taking a lead at the political front.

The actor tells Sputnik about his decision to enter politics, his aims and goals, his competitors, and facing the nepotism charge head-on. Luv also reveals that the investigation into the death of late Bollywood actor Sushant Singh Rajput’s was originally politically motivated and he wonders if he has completely turned his back on acting to become a politician.

​Sputnik: How does it feel to be called Bihar Putra?

Luv Sinha: For me, I’ve always been a Bihari babu’s son. So, it’s not new to me. But others are calling me that now, so it feels nice. My entire life I’ve learnt everything by observing my father [Shatrughan Sinha, former member of Lok Sabha]. The political election is always unpredictable and I believe that one should always do one's best without giving up.

Sputnik: What are your political goals and aspirations?

Luv Sinha: My main goal is to try to make the life of people better without giving them false hopes and promises. Bankipore has massive flyovers and malls, but people living in residential areas don’t even have clean water to drink. Sewage water gets mixed up with the regular water which is shocking. So, I want to take up these issues with the state government to provide clean water, improve roads, and have a proper waste management system.

Sputnik: What’s your take on your competitors?

Luv Sinha: I’m disappointed by Nitin Nabin's previous work. Whatever I’ve seen, I feel that he has let down his people by not providing clean water. Proper roads and waste management system are serious issues here. I have no personal enmity against him but in terms of the policy, I’m against the way he has worked for the people. Even a lot of BJP supporters are upset with him.

As far as Pushpam Priya Choudhary is concerned, she is contesting elections for the first time, like me and I don’t know much about her except for her basic background.

Sputnik: How are you going to win people’s trust?

Luv Sinha: I’m very transparent. I don’t pretend and show a false image that will remain unfulfilled. The opposition might spread rumours that I’ll return to Mumbai and not be at Bankipore to do the real groundwork but that’s not true. I’ve left my comfort zone and shifted my base to Bankipore. I’m not here to make money for myself or acquire political power. I’ve come here primarily to help people out in whatever capacity of a politician.

Sputnik: A lot of people feel you'll achieve a political position through nepotism. What’s your take on this?

Luv Sinha: I completely disagree with the nepotism charge. If I were the recipient of nepotism, I would have contested parliamentary elections ages ago and wouldn’t have waited 11 years to enter politics. Moreover, I didn’t ask anyone to make me a candidate for contesting elections. It was primarily the decision taken by the political party and opted me out of many others which I am grateful for. I’m here because of my abilities and will win only on that ground. I strongly believe that whatever is given to me is based on my merit.

The real case of nepotism is my opposing candidate Nitin Nabin whose father was a politician of the ruling party and now he himself is the politician in power from the same area.

Sputnik: A lot of people have said the actor Sushant Singh Rajput’s death had a political dimension. What’s your take on this?

Luv Sinha: I agree that the case has been entirely politically motivated. A member of my industry passed away and, sadly, the government is trying to capitalise on it for political gain. If you see right now, they have completely ignored the case after the Central Bureau of Investigation (CBI) took it over. Sadly, his case has been pushed aside.

Sputnik: Have you quit acting?

Luv Sinha: I don’t believe in quitting anything. I am an artist. No one can take that away from me. I’ve grown up in the world of Hindi film industry and acting is in my blood. I will always remain an actor. But right now, my entire focus is on the election. I believe politics shouldn’t be a profession, it should be a duty. I look at it as my duty and there is a sense of responsibility on my shoulder. I am not afraid of fighting an uphill battle.