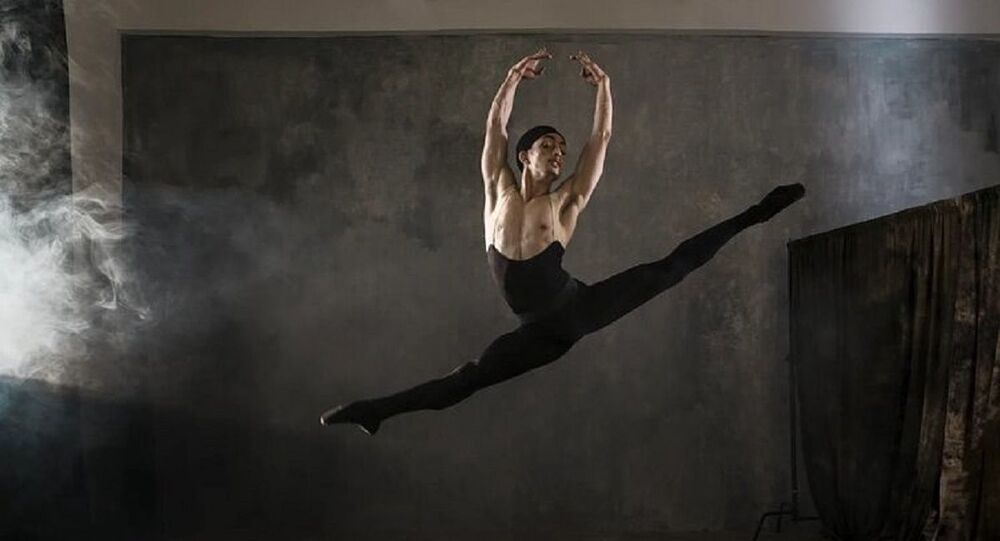 From a Delhi Gully to London’s Ballet School, Meet Kamal Singh, Who is Dancing His Way to Success

The glorious film industry of India often opens up the possibility of a new, unexplored world for thousands of movie buffs in the country. This is the story of Kamal Singh, who earlier this year became the first Indian ever to be enrolled in the prestigious English National Ballet School in London – inching a step closer to living out his dream.

Born to a humble rickshaw driver in Delhi’s Chandra Vihar area in 1999, Kamal completed his schooling at an all-boys government school in the national capital.

Growing up, Kamal invested some time in learning the nuances of Sikh martial arts and taekwondo. Little did Kamal know that his inclination towards these art forms was just preparing his body for a bigger future that was in store for him.

Back in 2016, on a lazy afternoon, Kamal casually turned on the television to browse for movies to watch. He noticed that a Bollywood film titled “ABCD—Anybody Can Dance” was streaming on a local channel, and the movie grabbed his attention.

True to its name, the movie, directed and produced by top Bollywood choreographers like Remo D’Souza and Prabhu Deva, revolves around a bunch of Mumbai-based street-style dancers who decide to compete in a dance competition, for which they are trained by dance masters.

One of the dance forms shown in the film was ballet – something that Kamal found himself dazed by. By the time the movie had ended, Kamal had figured out a new goal to accomplish in his life.

“As a child, I was never really into dancing full-on. On occasions, I’d join my friends and family to groove to the beats of Bhangra (a dance form performed in India and Pakistan). I think I got dancing from my father. He enjoys dancing at family functions and parties”, humbled, polite and shy, Kamal told Sputnik.

The exclusivity of ballet as a dance form in India, especially with a sexist stigma attached to it, was what attracted Kamal to the poetic art form.

Upon researching about the choreographers who worked on ABCD, Kamal discovered that the Fernando Aguilera, the artsy brain behind the ballet sequences shown in the film, hosted classes and workshops in Delhi.

“Yes, ballet is not a popular dance form in India. I used to watch videos of Russian dancers performing ballet. I was inspired by Master Aguilera’s performance in ABCD, especially watching boys doing ballet. Oh! How gracefully they leaped and jumped on the stage. I was amazed at the ballet choreography that showed boys perform difficult, one-handed lifts, launching the girls in air and catching them before they could land. This unique and difficult technique drew me more towards ballet”, Kamal said.

The ballet prodigy, who is today famous as India’s “Billy Elliot”, began training under Master Fernando, as Kamal fondly calls him, in his teacher’s Imperial Fernando Ballet Company and continued to work hard for four years. But then the time came for him to move on to the next chapter of his life.

“Master Fernando and I began looking up for audition and admission calls from ballet schools online. After some time of continuous research, we came across an Instagram post that said that the English National Ballet School was looking for boys for a one-year professional training programme”, Kamal added.

Now that this golden opportunity was at the door, this talented boy stepped into a phase of sleepless and restless nights. Money woes troubled him, as he kept thinking of ways to gather enough to cover the costs of his visa, tickets, tuition, boarding, and surviving in London – which added up to be an extravagant account to be covered by his father.

“Luckily, I was in good hands at the time. Master Fernando told me there was nothing I should worry about. He decided to help me financially”, the ballet dancer said with a tone of immense gratitude towards his teacher.

Along with Master Fernando, Kamal managed to arrange money from some crowd-funding sources. The news of the money troubles staring this 20-year-old ballet dancer eye-to-eye at a once-in-a-lifetime opportunity soon began spreading like wildfire.

In September, Bollywood star Hrithik Roshan, who is a phenomenal dancer himself, extended a helping hand to Kamal and contributed a substantial sum towards his London expenses.

A post shared by Mario Fernando Aguilera (@fernandoaguileraindiaofficial) on Sep 22, 2020 at 12:08am PDT

Watch Beyond the 'Very Stupid' Outlook

Ballet as a dance form is often associated with females, and India’s son Kamal is now totally shattering glass ceilings.

“Yes, this confused outlook is very big and very stupid. Yes, ballet style dancing has several elegant and sophisticated movements and very tight costume – but that does not mean that the dance form is feminine. Watch beyond that, look at the technique that the dancer is demonstrating. You have to be very strong to endure the hours of hard training. Ballet dancers train as hard as football players”, Kamal added.

Sending a message to other Indians who desire to approach the dance form, especially boys, Kamal suggests that they should really “not care about what anybody else thinks”.

With October ending, Kamal has spent almost one month at the English National Ballet School in London, with hopes and determination of the starry future that presumably lies ahead of him.