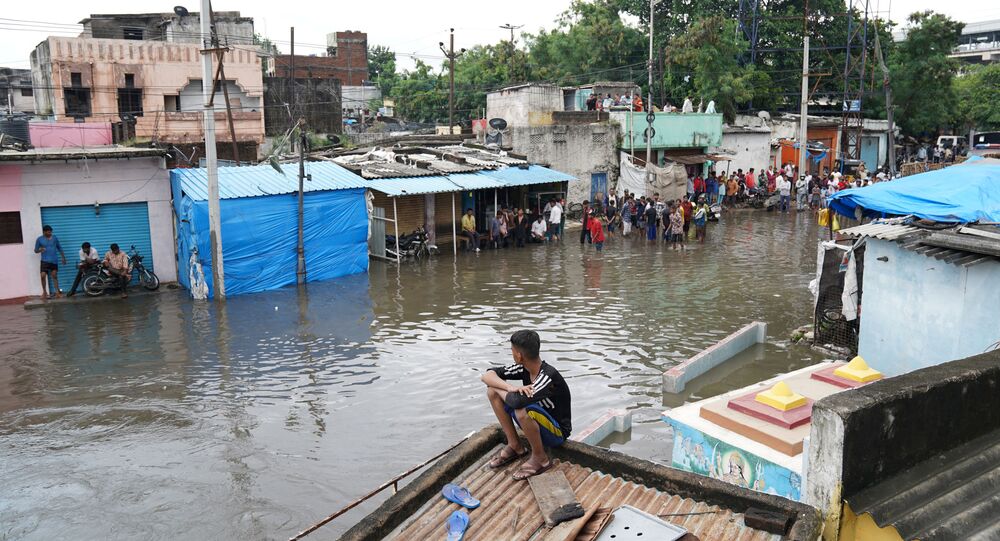 Recent flooding after heavy rainfall last week in Hyderabad, in India’s Telangana state, killed over 70 and has seen loss of property worth the equivalent of millions of dollars. Hundreds are struggling for rehabilitation and basic survival necessities.

Southern Indian cinema superstars have come forward to support those left stranded due to massive flooding caused by incessant rainfall over the last week.

Legendary actor-politician Chiranjeevi and superstar Mahesh Babu took to social media on Tuesday to announce that they will donate $136,133 (INR 10 million) to the Telangana Chief Minister Relief Fund (CMRF) for the rehabilitation of people and the city.

The unprecedented rains in Hyd have caused massive devastation,loss of lives & extreme hardship to thousands. My heart goes out to those affected by nature's fury.I'm humbly donating Rs.1Cr to CM Relief Fund.Also appeal 2 all who can to come frward & help the needy @TelanganaCMO pic.twitter.com/ARBeV9JShy

The devastation caused by the unprecedented rainfall in Telangana is far worse than we ever imagined. Appreciate the efforts of the Telangana government and the Disaster Response Force for doing their best to help the affected families.

Alongside Telangana state chief K. Chandrashekar Rao, who providing some $75 million (INR 5,500 million) for flood-hit people in low-lying areas, superstar Nagarjuna Akkineni tweeted that he too will contribute $68,044 (INR 5 million) for the cause.​

Heavy rains and floods have devastated the life of people in Hyderabad. Appreciate the efforts of Telangana Govt in releasing 550 crores for immediate relief. Standing by the cause, will contribute 50 lakhs to Telangana CM relief fund.#TelanganaCMO 🙏

​Urging fans to come forward to help rebuild Hyderabad, Junior NTR and Balakrishna have promised to contribute $68,044 (INR 5 million) each.

Many lives in Hyderabad have been devastated by the rains and floods. I am contributing 50 Lakh Rupees to the Telangana CM Relief Fund towards the rehabilitation of our city. Let us all chip in and rebuild our Hyderabad #TelanganaCMO

Tweeting an emotional note, actor Vijay Deverakonda, who claimed that he will donate $13,604 (INR 1 million), wrote: “It's been a hard year on all of us, but those of us who are doing decently well, let's pool in some money to help those who are not - Let's do it one more time for our own. Today I am donating Rs 10 lakh (one million) to the CMRF."​

​Many other actors, including Anil Ravipudi, Harish Shankar and Trivikram Srinivas, pooled $6,803 (INR 500,000) each for relief work.

Floods have caused havoc in Hyderabad. People of Delhi stand by our brother and sisters in Hyderabad in this hour of crisis.
Delhi govt will donate Rs 15 cr to the Govt of Telangana for its relief efforts.

​Local police, along with the disaster management teams and municipality workers, continue to run rescue operations in flooded areas of Hyderabad.