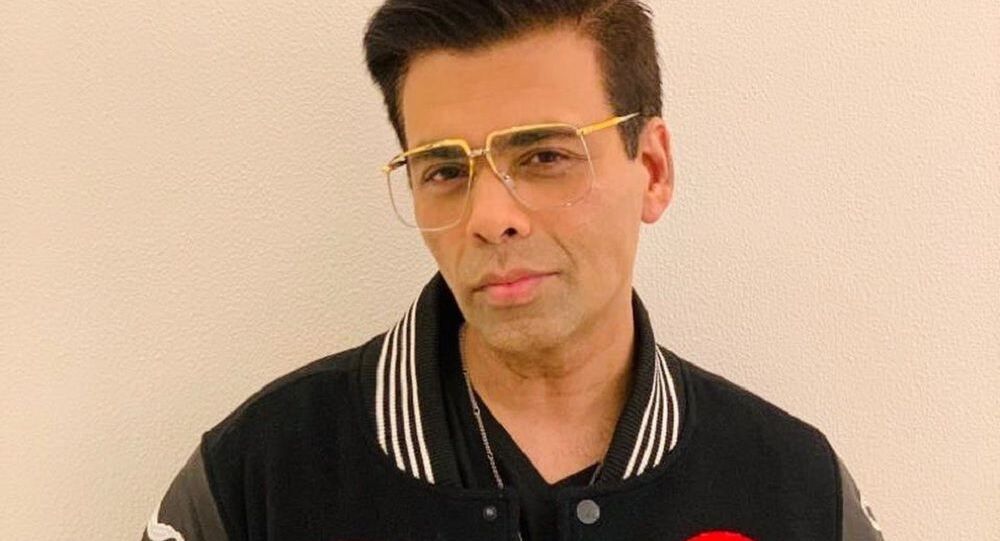 Filmmaker Karan Johar’s 30-second video, posted by him in July 2019 about his alleged drug party, is going viral. The clip is being investigated in relation with an ongoing probe of B-town’s drug world. Former Delhi legislator Manjinder Singh Sirsa filed a police complaint on 15 September over an alleged ‘drug party’ at Karan's Mumbai house.

Quashing rumours about his involvement in Bollywood’s drug world and on his alleged drug party, filmmaker Karan Johar, owner of Dharma Productions, has said in a statement that all allegations against him are “false”.

Putting the record straight, Karan wrote on late Friday night, “I had already clarified my position way back in 2019 that the allegations were false. No narcotics substance was consumed in the party. I would like to unequivocally once again state that I do not consume narcotics and I do not promote or encourage consumption of any such substance.”

Watch how the high and mighty of Bollywood proudly flaunt their drugged state!!

On Friday, actress Rakul Preet Singh named Kshitij Prasad and Anubhav Chopra, who are reportedly Johar’s “close aides” and work for his production company to the Narcotics Control Bureau (NCB).

Pointing to several media and news channels, Johar further clarified, “I would like to place on record that I do not know these individuals personally and neither of these two individuals is an 'aide' or 'close aide'. Neither I, nor Dharma Productions, can be made responsible for what people do in their personal life. These allegations do not pertain to Dharma Productions.”

Johar also rebutted the malicious campaign against him after the death of actor Sushant Singh Rajput and actress Kangana Ranaut’s allegations about nepotism and drug culture in Bollywood.

"All these slanderous and malicious statements, news articles and news clippings have unnecessarily subjected me, my family, and my colleagues, and Dharma Productions, to hatred, contempt and ridicule,” he said.

Netizens went on the warpath saying that he is acting “innocent” in the entire investigation which has also involved Deepika Padukone, Sara Ali Khan, Shraddha Kapoor and Rakul Preet Singh.

What an innocent Karan Johar is..hahaha.. he never took drugs..now everyone can realise how cheap and lowest level mentality people are from film industry.....and our bad luck is that we put them on our head instead of putting them below our feet..extremely dirty people...

Why Karan Johar is being exempted from questioning by NCB. He is also not an Innocent Guy and is a part of the KWAN gang. Kshitij will be only his aide working for KJ. Really shocking! Quiz the Khans, Kapoor, Roshan & Dhawan as well as the IPL Rave party group cricketers.

​One user slammed veteran lyricist Javed Akhtar, whose daughter Zoya Akhtar was also at the party. In her tweet, she pointed out the white substance on the table from the video which Johar had earlier explained was a reflection of the light.

You are a very intelligent man, However, comparing this to farmers is not what is happening. Karan Johar is in trouble. Did you even watch the videos that were circulated where your daughter was there? In that video you will see there’s white substance on a table!!! Seriously

​Some users also hit back by saying that the whole drug case has diverted the focus from the investigation into Sushant’s death.

TEY JUST WANNA DIVERT SSR CASE..High levelaly and smartly tey had diverted by naming A list frm bollywood... dosent matter if tey name deepika or karan johar tey will come out at the end with out punishment coz tey are consuming .... tey are doing all these to divert ssr case...

​The actresses Deepika Padukone, Sara Ali Khan and Rakul Preet Singh have been summoned in the ongoing drug case.

On Saturday morning, in the latest development, Padukone reached the Mumbai Port Trust Guest House in Colaba area where the NCB is operating. The actress is being questioned regarding the investigation into the drug connection in Sushant Singh Rajput’s death. He was reportedly found hanging from a ceiling fan at his Mumbai flat on 14 June.

Three central agencies, including the NCB, are investigating different angles relating to the case.