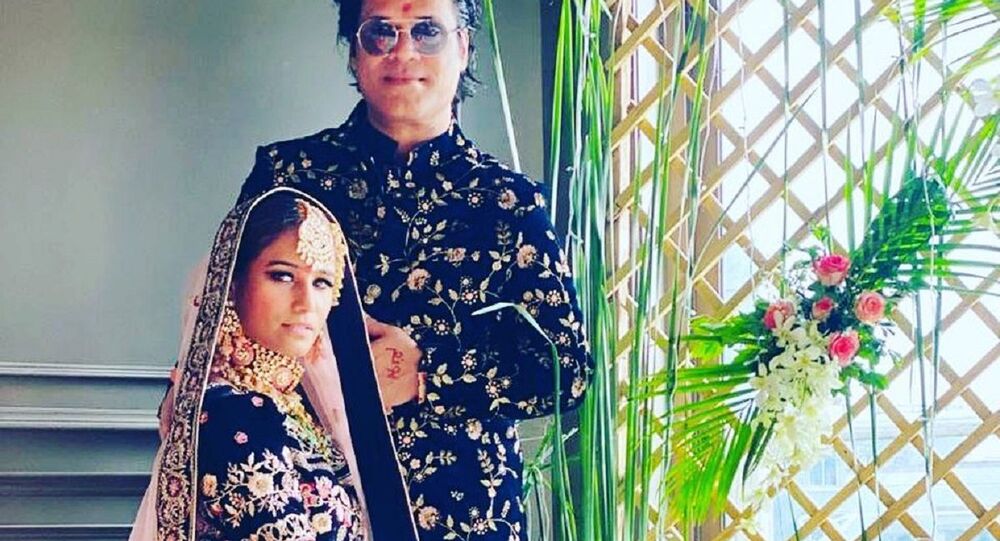 After becoming an overnight sensation by offering to strip down for the Indian Cricket Team if they won the 2011 World Cup, actress Poonam Pandey made her Bollywood debut in 2013 with the movie Nasha. With her live-in partner Sam Bombay, she started making nude content for Instagram and the Poonam Pandey app, which today has millions of followers.

Mere days after marrying her photographer and live-in partner Sam Bombay earlier this month, Bollywood actress Poonam Pandey has got him arrested for allegedly molesting, threatening and assaulting her.

The couple had married on 11 September. Netizens on Wednesday started trolling Poonam with memes about her 11-days of matrimony coming to an end so soon and faking the entire incident to seek publicity.

Here’s looking forward to seven lifetimes with you.

The alleged incident occurred late Monday night in Indian coastal state of Goa’s Canacona Village, where Poonam is currently shooting for a film.

While refraining from divulging the details, Poonam told SpotBoye News Portal, “I’m not in the right state of mind.”

Slamming her on Twitter, one user wrote, “Bravo! What a deal Poonam Pandey, Easy Earning scheme within 11 days… Soon she will file for maintenance and demanding money.”

​Assuming her husband to be rich, another user commented, “If her complaint is true, it's really wrong on his part & must be punished. I am thinking what would be her alimony demand now in case they separate.”

​While social media is flooded with memes on her, many people came forward in support of Poonam and urged trolls to stop making fun of the sensitive issue and her making nude content for Instagram and the Poonam Pandey App.

​Taking a stand, one user wrote, “whatever she does or is still doing, nobody gives a man a chance to molest her. It's a simple theory ‘no means no’. If she is molested justice should be prevailed and if not she should get punished a for false assault.”