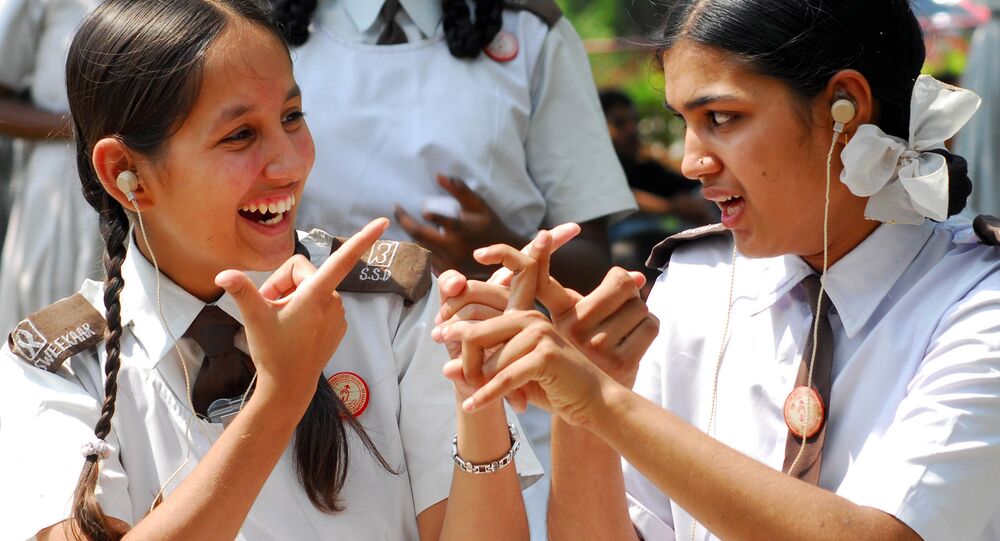 After soaring to fame for his Bollywood movie “Gully Boy”, which was inspired by Indian street rappers and became India’s official entry for the 2020 Oscars, actor Ranveer Singh has since taken up a good cause.

He has been widely praised for getting behind a campaign to make Indian Sign Language (ISL) the country's 23rd official language.

Access Mantra, a charity supporting deaf people in India, released a video on Thursday in which many people with impaired hearing express their gratitude to the actor.

Few months ago, @incinkrecords released their ISL music video – Vartalap by Spitfire (@ntnmshra). Also, they have collaborated with Access Mantra Foundation and NAD-India to encourage people to sign the ISL petition to declare ISL as the 23rd recognized language in the 8th Schedule of the Indian Constitution. We have received an overwhelming response from you all! Some of you have sent “thank you” videos to IncInk Records, Spitfire and @ranveersingh. Here is a short video clips of “Thanks” for you to see. Since you loved “Vartalap” ISL music video, you will be seeing some more ISL music videos soon!

One of the individuals in the video says: "Indian sign language is a beautiful language. We want to thank Ranveer for showing support to the deaf community. We are all happy and grateful to you."

Ranveer started appealing by signing a petition on change.org posted by Manju Sharma and the National Association of the Deaf (NAD) in India. The petition has already received 69,774 signatures and aims to reach 75,000.

The petition states that in the absence of a recognised language, deaf children have no access to proper basic and higher education. “Moreover, signs within India differ from place to place and person to person.”

“In the absence of a standard and recognised language, it further makes communication difficult even between deaf people from different places, let alone between people with and without hearing impairment," the petition adds.

Ministry of Home Affairs @PIBHomeAffairs : Demand to include Indian Sign Language in the Eighth Schedule of the Indian Constitution @AmitShah - Sign the Petition! https://t.co/vMf0HKY625 via @ChangeOrg_India

Through his independent record label – IncInk, Ranveer released a sign language music video titled 'Vartalap' (conversation) on 23 May, in collaboration with filmmaker-musician Navzar Eranee. The video has already had more than one million viewers.

“This is our first sign language video on @ntnmshra’s track ‘#Vartalap’ with the hope that the track will trigger more conversations related to making Indian Sign Language the 23rd official language of India,” the actor wrote on Instagram.

This is our first sign language video on @ntnmshra’s track ‘#Vartalap’ with the hope that the track will trigger more conversations related to making Indian Sign Language the 23rd official language of India. Do give it a listen and we hope you like it. Link in Bio. @incinkrecords . Written & Performed by Spitfire: @ntnmshra Music Producers: @anushkadisco @manchandashikhar for @incinkrecords . Signer: @hardeeply for @acciomango Art: IncInk Art Studio @mihir.sud @avndsouza

Advocating change, Ranveer has said, “This progressive step will create a ripple effect in providing equal access across all areas from education to employment and entertainment for more than 10 million Deaf people in India."

In the meantime, the actor has resumed his work after the coronavirus lockdown and is dubbing his upcoming movie "Jayeshbhai Jordaar". He is also waiting for the release of filmmaker Kabir Khan's "83", where the actor portrays legendary cricketer Kapil Dev.