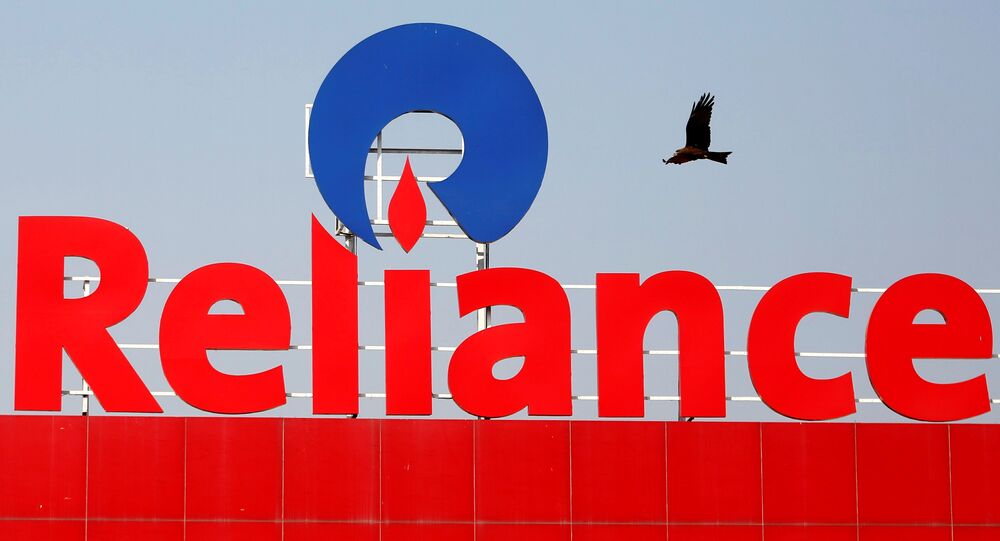 Bloomberg earlier reported that India’s oil-to-telecom conglomerate Reliance, headed by world’s seventh-richest man Mukesh Ambani, was considering a partnership with US-based e-commerce giant Amazon, led by the world’s richest man, Jeff Bezos. The report claimed that Ambani could be selling a 40% stake of Reliance Retail to Bezos for $20 billion.

While no official statement from either company has officially confirmed or denied the speculations, sources from Reliance have dismissed rumours of a deal with Amazon, saying that it makes no sense for either party to establish partnerships or collaborations, news agency AFP reported late on Thursday.

As Reliance is trying to snatch away a chunk of India’s lucrative online shopping business from Walmart-owned-Flipkart and Amazon, the anonymous source has called the Bloomberg report “incorrect”.

© AFP 2021 / INDRANIL MUKHERJEE
Why Are Global Investors Chasing India's Reliance Industries With Multi-Billion Dollar Investments?
If the rumoured partnership between Amazon and Reliance eventually comes through, it would be the first of its kind --- in terms of the hefty capital of $20 billion – for India.

In recent months, the telecom and retail arm of Ambani’s Reliance Industries have roped in mega-investments worth over $15 billion from global companies like Facebook, Google, and a number of several US-based equity firms.

Earlier this year, Reliance became India’s first and only company to have a market capitalisation of $160 billion.