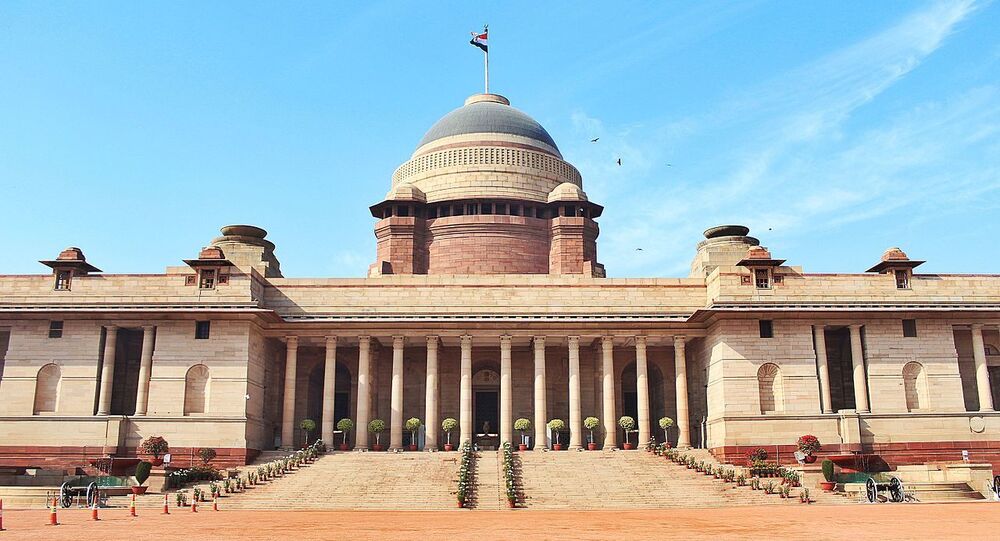 From Bureaucracy to Architecture: 73 Years After Independence Colonial Traces Still Linger in India

New Delhi (Sputnik): More than seven decades after gaining independence from the “British Raj”, nuclear-powered India has made tremendous strides in terms of economic growth, income levels, and socially. Yet, if the roots of modern India are explored a bit more deeply, traces of colonial influence come to the fore.

On 15 August 2020, India steps into the 74th year of its independence but right from Indians' craze with the English language to its governance, judiciary, policing, military and architecture, the legacy of the British era continues to coexist with modern India. Even today, the look, feel, and protocol of several Indian practices provide a glimpse into the nation's colonial past. For instance, judges in Indian courts are still addressed as "My Lord" or "Your Honour", which was adopted from British culture.

Indian historians, however, believe that the most prominent throwbacks of the long-gone British Raj in India are reflected in its present bureaucratic administration and education systems.

"This is because the roots of colonialism are very deep. Apparently, it was withdrawn in 1947, but the nascent democratic India was compelled to work with the older bureaucratic setup and the older mindset. Nehru tried to extricate India by raising a Nonalignment Forum of some nations, but could not succeed much", J.N. Sinha, Former Associate Professor, History, Rajdhani College, Delhi told Sputnik.

Independent India's first Prime Minister Jawarhar Lal Nehru from the Congress Party "accepted help both from the US and the USSR, but was more inclined towards the Soviet model of tech-fueled development", the history professor said.

Talking about India's textbook learning-based education system Sinha noted that a major chunk of modern India's syllabus is still very much in the colonial format. He emphasised that post-Nehruvian governments have been very busy jiggling with changing ideas and priorities.

"The tech-fueled western model of development has shown its weaknesses in India. Sadly, the more viable Gandhian model of practical teaching and learning has been left far behind. But apart from catching up with the global pattern of achieving material accomplishment, India must stick to its age-old values and educate its children to be good human beings living in harmony with others on the planet – based on the legendary teachings of Gandhi, Buddha, and Vivekanand", Sinha noted.

Even today, the "Durwans" (door attendants) at government offices including the presidential residence dress up in colonial attire.

​Wearing khakhi or red-coloured uniforms – also introduced by the British – durwans in turbans stand straight behind the speaker in Indian courts and parliament – keeping alive another example of the British legacy in India.

​In recent years, however, gradual "desi" steps have been taken to move India on from its colonial hangover.

In 2018, then-Chairman of India's Upper House Venkaiah Naidu asked ministers to refrain from using "colonial terms". He insisted that a new motion in the assemblies must start with "I rise to lay the papers" rather than with "I beg to lay" which was adopted by Indians from their once-upon-a-time British rulers. With this move, Naidu reitreated that Indians need not "beg" anymore in "this independent India".

In 2019, Indian Finance Minister Nirmala Sitharaman created a buzz on social media after she ditched the English legacy of carrying a "Budget Briefcase" to the annual budget to flash a traditional Indian ledger called a "Bahi-Khata". Before then, Indian finance ministers used a briefcase, copied from the "Gladstone box" used in the British budget to carry union budget papers. Over the years, India, who now announces its annual budget on 1 February at 11:00 AM IST, also gave up the colonial time and date of its presentation – the last day of February at 5:00PM IST.

​Indian Railways, which has grown to become the fourth largest railway network in the world by size, recently abolished the British era-inspired "Khalasi System" of exchanging confidential documents from one office to another via "dak (letter) messengers". Those appointed were usually peons given the responsibility of ferrying important files and documents across the Railways' network – work that has now finally been digitally empowered.

In July, stating that India was in dire need of a futuristic policy, the Indian government unveiled its New National Education Policy (NEP). From school education to universities, the reforms cover every aspect of the field.

In fact, a lot of India's state heritage sites like Connaught Place, in the heart of New Delhi where millennials flock for late-night parties, are examples of the marvelous British architecture that India has treasured.

© AFP 2021 / RAVEENDRAN
Modi Government Gets Top Court’s Nod to Revamp British-Era Structures in Delhi
It is noteworthy that the one case where not all Indians are on board with re-constructing a heritage site, mostly because of its colonial roots, is the national capital's iconic central vista or Rajpath that runs from the president's residence, Rashtrapati Bhavan.

"Our workers have made Lutyens in Delhi. There is no need to desolate it. Money should be saved and invested in development", Mamta Chansoria, Professor, History, Nutan College Bhopal told Sputnik. "Its better we invest every remaining penny in India's own researchers and developers that will accelerate technical progress", she added.

In case you did not notice with the Lutyens' reference, India is also still decorated by colonial nomenclature – that includes areas, roads, and buildings named after British Lords and officers.

"We still follow the 'Left-Handed' traffic arrangements. It was introduced by the British in 1800 and is still in practice. The use of anglicized colonial names of important places still continues in all parts of India, although the government is trying to address this. The khakhi uniform of police, the use of vestige caps and gowns during convocation in graduation ceremonies, the English language still topping the list of most highly used language. All this reveals our 'hangover from the colonial regime mindset'", Archana Sharma, PhD, History told Sputnik.

"We have come a far way in shining in our own beautiful way, but one by one, minor changes have to be made at regular intervals to replace the older ways of living with the fresher ways. Gradual little steps will ensure that changes are implemented easily without hurting the national heritage and sentiments", Sharma added.