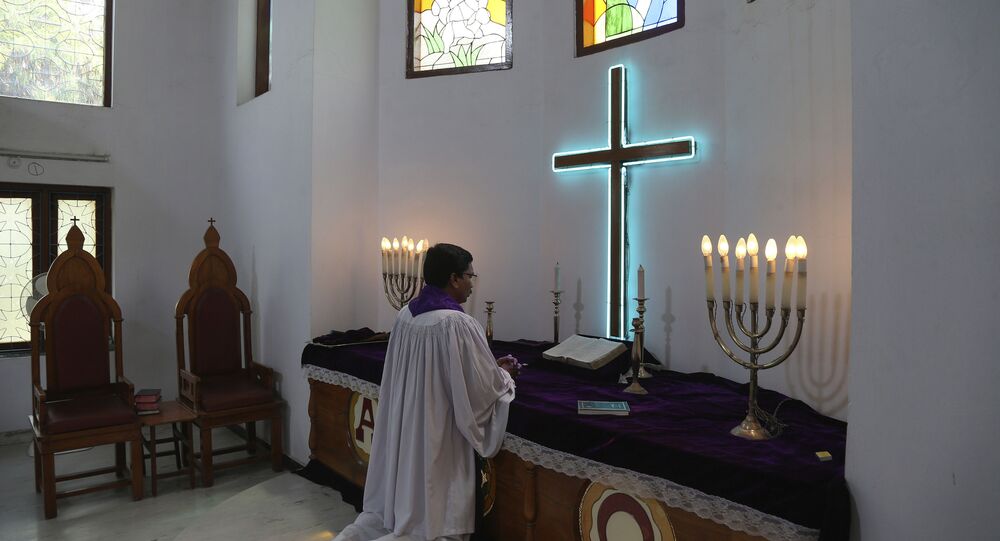 Amid COVID Outbreak, Christians Break With Tradition to Cremate Victims of Infection in Indian State

New Delhi (Sputnik): ‘Dust you are and to dust you shall return,’ says the Bible. While Christians customarily intern their dead, India's community of believers was faced with a dilemma during the pandemic about burying corpses, fearing infection could spread from the dead bodies of COVID-19 victims, contrary to the advice of experts.

Church parishioners in Kerala, where Christians constitute almost 20 percent of the population, have increasingly opted to cremate the victims of COVID-19. On Thursday, a 91-year-old victim of the infection in the state's Ernakulam district was cremated in the church complex; the remains were later buried in accordance with religious custom.

There have been several such instances recently in the state, although in some places there has been opposition from church-goers to cremation in public crematoriums.

“(Cremation) is accepted in the Catholic Church. Traditionally, Christians used to bury the dead. It was not unusual in Christian community, and there have been instances of cremation in Germany in 1980. Now many dioceses in India have given acceptance to cremation, like Alapuzha in Kerala. There is no restriction from a religious point of view. Though the body is cremated, other rituals are held according to convention and the ashes are buried,” said Father Jose Vettickal, Vicar General of Faridabad Diocese, in the Delhi region.

Earlier this week, the diocese of Alappuzha in Kerala decided to cremate bodies of COVID-19 victims in the church cemeteries after the district administration made a request.

On Sunday (26 July) local leaders of the national ruling Bharatiya Janata Party protested against the cremation of a victim of the viral infection in a public crematorium in Kottayam.

Chief of Kerala state Pinaryai Vijayan had condemned the protests. “Nobody will be infected from the dead body. But when you form a crowd to protest, the disease can spread,” said Vijayan at a press conference on Monday (27 July).

Ever since the first infection in the country was reported on 30 January from Kerala, there has been a steady increase in the caseload. As of Friday, there were 10,074 active cases in the state, where 70 people have died. At the national level, there are 545,318 active cases, and 35,747 people have lost their lives to the malady, according to data released by the federal Health Ministry on Friday.