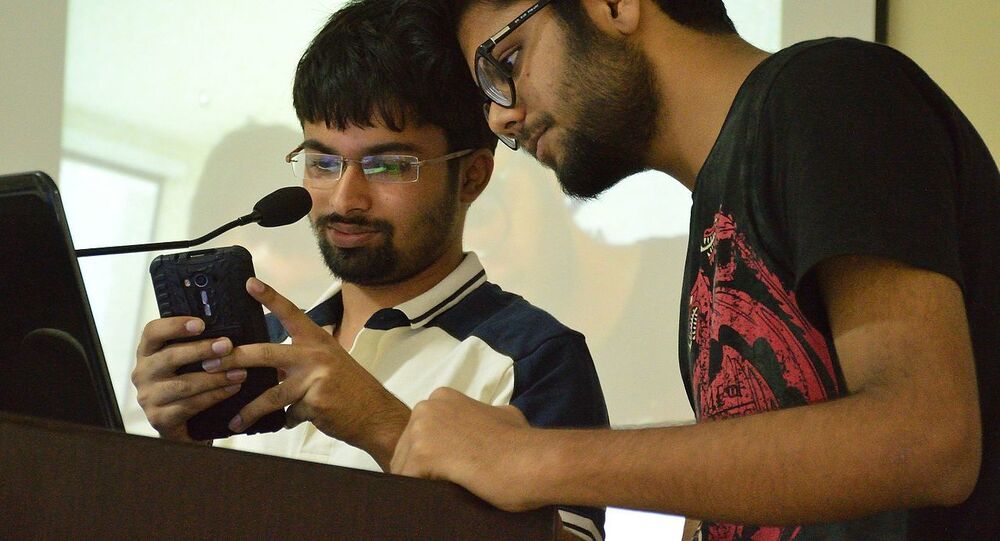 Indian Start-up Develops COVID-Detecting App That Will Test You via Camera, Give Result in 5 Minutes

New Delhi (Sputnik): What if you had an app on your phone that allowed you to scan yourself for the coronavirus and gave you instant results? Given that the COVID-19 numbers have passed 16 million worldwide and resulted in over 657,000 deaths, several ways to control and eradicate the virus are being looked into and India is offering something new.

A government-funded start-up called Acculi Labs in India’s Bengaluru city has developed a new technology into a smartphone app that will allow it to test users for COVID-19 and give the results in five minutes. The app, currently only made for the Android mobile operating system (OS), is called “Lyfas”.

The app would require users to place their index fingers on the back camera for five minutes, during which it would “capture the capillary pulse and blood volume change in the users’ bodies” to detect for COVID-19 symptoms.

In the next step, the app will “derive 95 biomarkers with proprietary algorithms and signal processing techniques” to analyse the results.

“It uses the power of smartphone processors and sensors to capture a bunch of body signals. The signals hence captured are then processed on the principles of Photoplethysmography (PPG), Photo Chromatography(PCG), Arterial Photoplethysmography(APPG), mobile spirometry, and Pulse Rate Variability (PRV)”, the Department of Science and Technology of the central government said in a statement on Tuesday.

Lyfas then provides parameters based on cardio-respiratory, cardio-vascular, neurology and some other quick scans that are capable of tracking minute patho-physiological changes in the body.

​The app, clinical trials and regulatory proceedings of which are expected to be completed by the end of September, is aimed at helping Indians monitor their risks of having contracted the virus, despite being asymptomatic.

“It has been proved to detect asymptomatic individuals with an accuracy of 92 percent, specificity of 90 percent, and a sensitivity of 92 percent in a study conducted with Medanta Medicity hospital”, the government added in an official statement.

This will be the second app that the Indian government rolls out in an attempt to monitor the number of cases across India’s large landscape and population.

Earlier, in April, Prime Minister Narendra Modi launched the “Aarogya Setu” app, which lets users test themselves by textually entering their symptoms. The app, which is available in 12 regional Indian languages, has registered hundreds of millions of downloads on Google’s PlayStore.

Explaining the difference between the two apps, the government said, “While AarogyaSetu works on contact tracing where one has to enter your symptoms, Lyfas is a proper medical screening test which purely depends upon test results”.

Indian netizens have reacted to the app, calling it "essential" at this time. The number of COVID-19 cases breached the one million mark last week.

Essential at this situation