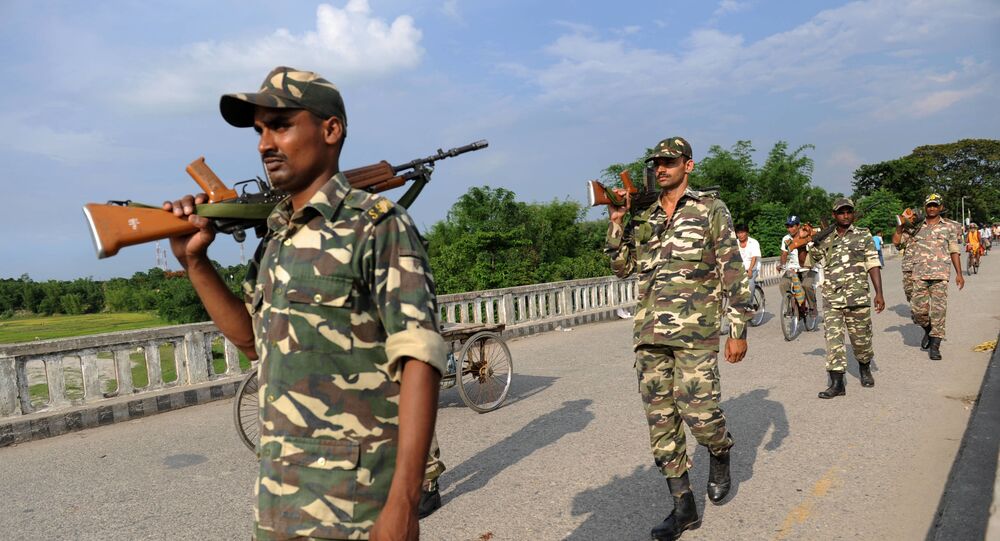 New Delhi (Sputnik): Uttar Pradesh State Chief Yogi Adityanath has directed police officials to prioritise the arrest of Vikas Dubey. Adityanath is aiming to boost law and order in India's most populous state, as its image has suffered due to its notorious criminal gangs.

The autopsy reports of eight policemen, including an officer, from the Indian state of Uttar Pradesh have revealed that they were brutally killed on Friday morning (3 July) when a gun-battle occurred in a village near the city of Kanpur.

Police officials were shocked, as autopsy reports have revealed that body parts, including the heads of the police, had been chopped off with an axe. Some of the policemen were fired upon at point-blank range.

“The manner in which the criminals attacked them was similar to the modus operandi of Maoists in the Red Corridor [the areas India's eastern, central, and southern parts, known for experiencing a considerable Maoist insurgency]. They were prepared with rifles and snipers and fired over 500 bullets. They had even blocked the road so that there was no way out for the police personnel to protect themselves,” a senior police officer linked to the case told Sputnik.

The incident took place when a police team was raiding Bikru Village to arrest one of the region's most wanted criminals, Vikas Dubey, who has over 60 criminal cases pending against him. But the police team were ambushed by Dubey's gang.

As the team reached the village, there was no electricity. An investigation revealed that just half-an-hour prior to arrival of the police near Dubey’s house, the electricity had been cut off.

“As the team reached the location, there was a solar panel outside the house, due to which the personnel had difficulty spotting the criminals, who opened fire from the roof top,” an officer who was linked to the raiding team said.

The Uttar Pradesh Police launched a probe into the incident. It was discovered that some local police and electricity department personnel had helped the gangster.

Meanwhile, Dubey had already been tipped off about the arriving police team; this was confirmed by one of his aides, arrested earlier on Sunday. In a video, Daya Shankar Agnihotri, who was arrested by police, revealed that Dubey has police who alerted him in the raid, who'd helped him call in around 40-50 men to attack them.

Dubey was first booked in a murder case back in 1990 and over the years he accumulated charges of kidnapping extortion, rioting etc. In 2001, he was booked for killing a ruling Bharatiya Janata Party politician Santosh Shukla inside a police station in Kanpur, India.

Police have increased the cash reward to INR 100,000 ($1,340 approx) for sharing information on whereabouts of Dubey while over 25 teams are pursuing him.

Police in India to Be Counselled for Psychological, Physical Issues Posed by COVID-19