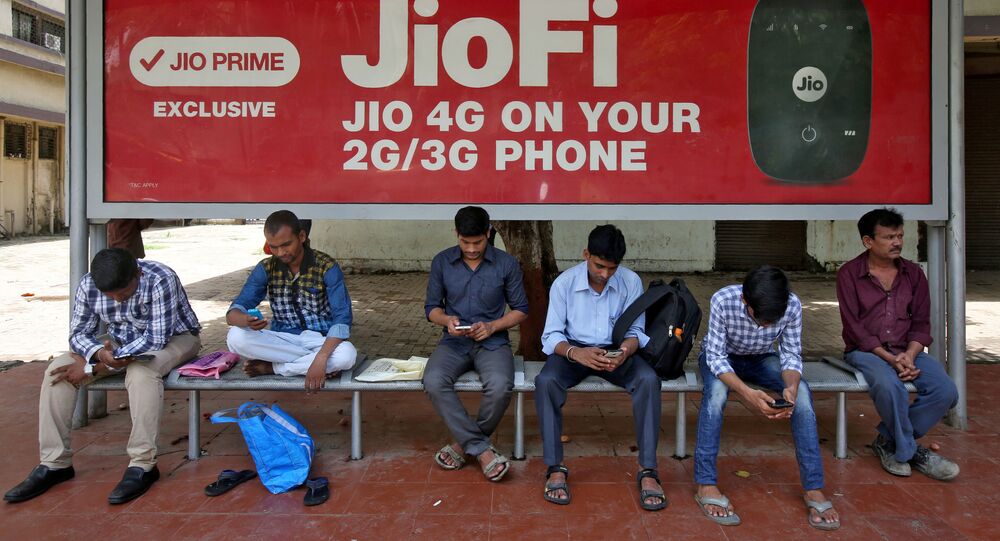 New Delhi (Sputnik): Amid the COVID-19 outbreak, India’s federal government has launched a mobile application called “Arogya Setu” (meaning health bridge) to allow people to self-assess the risk of catching the infection. Now, global tech giants have come up with another proposal that would accelerate coronavirus tracing in India.

Search engine giant Google and smartphone major Apple have reportedly reached out to the Indian government with the idea of linking a new COVID-19 tracing API (application programme interface) with the Aarogya Setu app.

“Your phone uses Bluetooth to securely collect and share random IDs with other phones that are nearby. Random IDs are automatically deleted after 14 days. Device location needs to be on ‘detect Bluetooth devices near you. However, COVID-19 exposure notifications do not use device locations”, the details of the newly added APIs on Google’s Android and Apple’s iOS read. Both Android and iOS are mobile operating systems.

Recent updates to Android and iOS include a contact-tracing API which becomes part of the smartphone and empowers apps to monitor user movement and warn them of potential exposure to Coronavirus.@SputnikInt pic.twitter.com/WS50IH4QqP

​If the Indian government collaborates with the US-based companies, the API tool that needs to be embedded into apps to function would be directly linked to Aarogya Setu, which now has over 10 million registered users, and maintain a double check on people who could potentially be exposed to the risk of contracting the virus.

Google and Apple added the COVID-19 tracing APIs in their latest software updates as part of a joint initiative in the global battle against the pandemic, which has killed over 504,000 people worldwide since December 2019 when the first case was reported in China. The vaccine against the virus that attacks the respiratory system is still under research and development.

Earlier, in April, both Google and Apple in a joint statement said that their initiative aims to use the Bluetooth technology to reduce the COVID-19 spread while maintaining user privacy and transparency.

The public sentiment towards the COVID-19 tracing API update, however, is in a shade of grey.

Smartphone users have been expressing concerns about privacy violations with the new APIs that have now reached millions of people across 20 countries, including India.

As of now, it remains unclear whether India will allow the American tech majors to embed their COVID-19 tracing APIs with India’s own Aarogya Setu app.