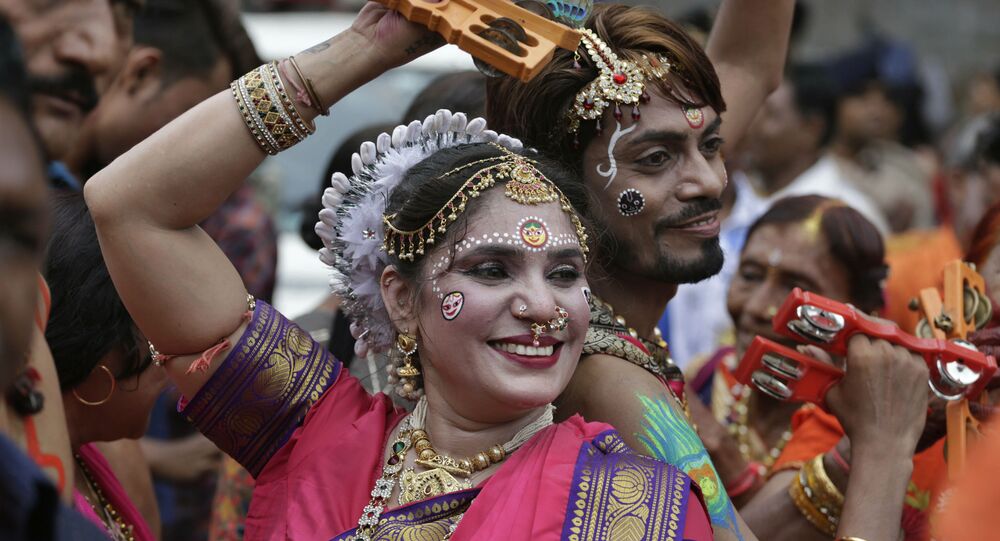 New Delhi (Sputnik): The Indian government has started the unlocking process of several sectors and places in a systematic manner outside the containment zones across the country. According to the authorities, places of worship, malls, restaurants, and hotels can be opened, following some guidelines.

Citing the COVID-19 pandemic, the Supreme Court of India on Thursday stayed this year’s Puri Rath Yatra, or the famous Chariot Festival, which was to commence on 23 June, and activities related to it.

The annual festival witnesses a sea of devotees and tourists from different parts of the world in India’s Puri city, chanting “Jai Jagannath”.

A bench headed by Chief Justice S. A. Bobde observed that this year's pilgrimage in Puri city of India’s Odisha state “can't be allowed in the interest of public health and safety of citizens”.

“Lord Jagannath (Lord of the Universe) won't forgive us if we allow this year's Rath Yatra to go on”, the CJI said, adding that such a huge gathering can't take place during the pandemic.

The observations were made as the apex court bench, including Justices Dinesh Maheshwari and A.S. Bopanna, were hearing a petition filed by an NGO seeking direction to stay the holding of the Rath Yatra festival.

The event lasts 10-12 days and involves the gathering of hundreds of thousands of devotees from across the world.

The NGO had urged the apex court to issue directions to the centre and state government to postpone the festival.

"If the Rath Yatra is allowed to happen on 23 June, despite state government's prohibition on holding religious gatherings or congregations, millions and millions of devotees are going to gather for 'darshan' of Lord Jagannath. If such a massive gathering takes place, members of the crowd will not be able to maintain adequate distance, making them all vulnerable to contracting COVID-19 infection", said the petition.

“It may be noted that the Odisha state government has also not allowed religious places to open before 30 June”, said the petitioner’s representative, adding that allowing the Chariot Festival would violate the state government’s order.

To this, the chief justice of India said: “Even if 10,000 people attend the festival, it is  a serious matter”.

To combat COVID-19, a countrywide lockdown was imposed on 25 March. Over the last two months, the lockdown has been extended several times, with some relaxations offered to several sectors in each lockdown in view of its economic impact overall.

As per the Indian Ministry of Health and Family Welfare, the country has reported over 366,946 positive COVID-19 cases and 12,237 people have lost their lives due to the infectious virus. However, the number of cured and discharged people has also swelled to 194,325.