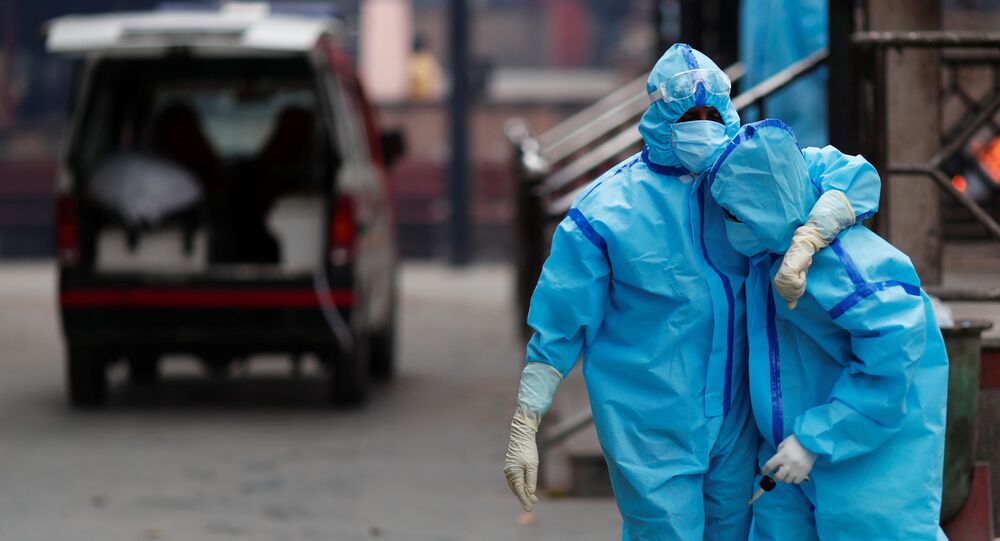 A man in his late 40's with severe COVID-19 symptoms (high fever and breathing issues) had the worst time in his life as he was denied entry at several hospitals across Delhi due to the lack of availability of beds.

On 3 June, Vishal Nanda, a resident of Paharganj, was praying to god to save the life of his elder brother Vinod Nanda who had strong COVID-19 symptoms.

“As my brother developed the symptoms, I took him to three different hospitals- Ram Manohar Lohia, Lok Nayak, Guru Teg Bahadur- across the city where the hospital staff not only refused to admit him but also refused to check on him,” Nanda said.

It was then he had to rush his brother to a hospital in Gurugram, a city in Delhi’s neighnouring state of Haryana, where his brother is now undergoing treatment after testing positive of the virus.

Similarly, on Wednesday the family of 80-year-old Motiram Goyal, who tested positive for Covid-19, petitioned Delhi High Court to arrange a bed with a ventilator for Goyal at a state-run hospital.

Unfortunately, Goyal passed away before the hearing could begin on Friday. According to his family, he had tested positive on 31 May however since then they have been trying to get him admitted for treatment but couldn’t.

Family members allege that despite the Delhi government app showing beds available at the hospital no hospital would admit him, citing a lack of bed space.

Over the last few weeks, the Delhi government has been trumpeting the high standard of medical facilities in the national capital.

On Saturday, Delhi State Chief Arvind Kejriwal claimed that there is absolutely no shortage of beds for COVID-19 patients in the city.

"We want to make sure that people who visit hospitals should not face any difficult and receive all facilities. No hospital can deny permission to a patient," Kejriwal said.

According to the Delhi government app, there are currently 4,412 beds and 296 ventilators available. Out of the 4,412 beds around 2,671 beds are at four major Delhi hospitals- Lok Nayak, Guru Teg Bahadur, AIIMS and Ram Manohar Lohia.

The hospital administrations added that they are doing their best with the limited resources available to treat COVID-19 patients.
In the last few days, the Delhi government faced public anger for quoting wrong numbers in its app and carrying out fewer COVID-19 tests.

According to the state health ministry, Delhi has reported over 26,000 COVID-19 cases and 708 people have died due to the infection virus while over 10,000 people have recovered so far.