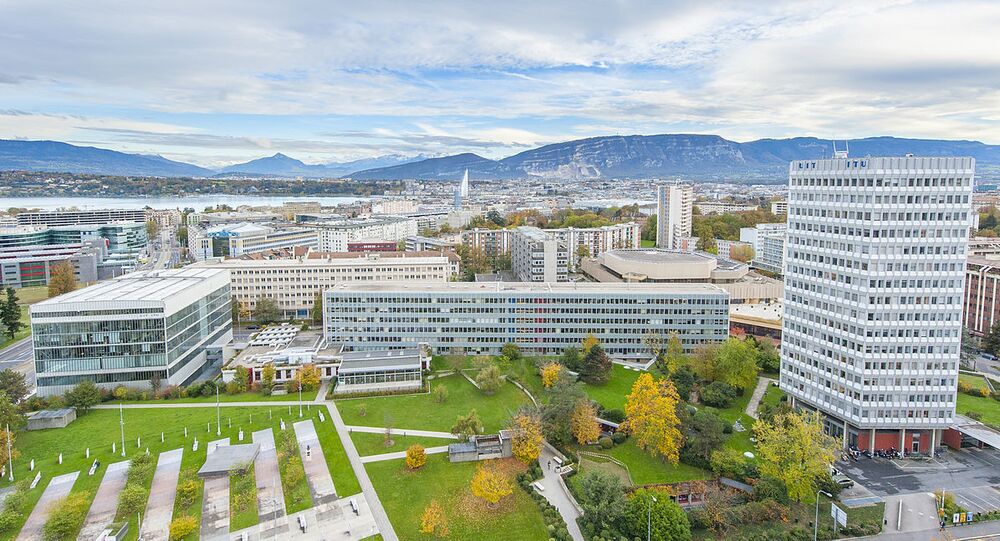 New Delhi (Sputnik): India was geared up to begin its 5G trials when the global COVID-19 pandemic swept the world into a scare. In the wake of the health emergency, New Delhi has been toying with the idea of postponing the trials by one year, depending on the aftermath of the coronavirus.

The International Telecom Union (ITU), which is part of the United Nations (UN), is holding a virtual meeting next month. Ahead of the meeting, telecom operators in India have reached out to the federal telecom secretary to clear the blurry lines on India’s plan for 5G spectrum auctions, trials, and roll-out.

Founded in 1865, the ITU is the oldest international body that is responsible for resolving issues with the information and communication technologies of member nations.

India is required to report about its position in the 5G sector as part of the ITU meeting next month, for which the National Preparatory Committee (NPC) quickly has to formulate New Delhi's stance.

Rajan Mathews, director general of the Cellular Operators Association of India (COAI), has written a letter to the federal telecom secretary, Anshu Prakash.

“Create a National Preparatory Committee (NPC) and the relevant National Study Groups (NSGs) to begin the preparatory work to achieve the position of the Indian Administration on the deployment of various 5G bands”, media reports quoted Mathew’s letter as saying.

Citing anonymous senior industry executives, media reports also noted that the government is yet to even designate a committee to deliberate over India’s stance on 5G spectrum trials and allocations.

For now, India is fuelled by affordable and speedy 4G networks. In 2019, reports suggested that India would conduct a fresh auction of the 4G spectrum between the 700 MHz and 2,500 MHz bands in April 2020. The plan, which is also currently on hold, may unfurl in the coming months.

Earlier, in February, US-based tech company VIAVI released a report called "The State of 5G Deployments". The report noted that high-speed 5G networks have already made inroads in 378 cities across 34 countries, with South Korea leading the pack with 85 5G-enabled cities, followed by China, the US, and UK respectively.