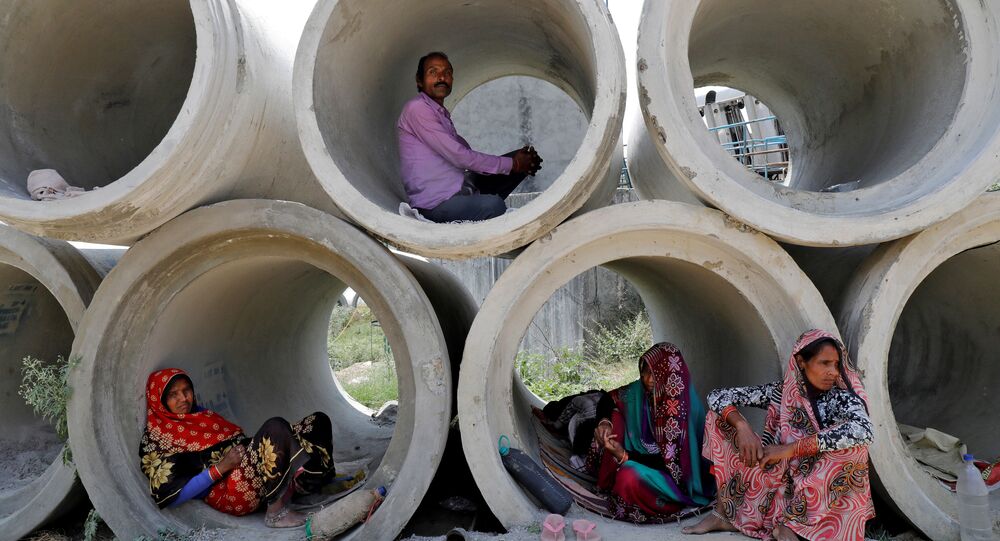 Last week, as many as 17 migrant workers were crushed to death under a train in Maharashtra's Aurangabad. According to the police, these workers were exhausted after walking long distance in a bid to reach the station to catch a special train to their native village and stopped to rest, falling asleep on the tracks.

As many as 16 migrant workers died and several dozen were left injured in three separate road accidents across India over the past 12 hours.

Eight migrant workers died, while over 50 were left injured after a truck they were travelling in collided with a bus in Madhya Pradesh's Guna, police said.

According to the police, these migrant workers were travelling from Maharashtra to their native villages in Uttar Pradesh.

"The truck had a head on collision with the bus at around 3 a.m. The injured have been shifted to district hospital while we are also going making arrangements for their travel," a senior police officer said.

Am Out of Words Today !

​A second incident was reported in the Muzaffarnagar district of Uttar Pradesh, where six migrant workers, walking to their home towns, were mowed down by a state-run roadways bus.

According to the police, five people have been left injured as well. The workers were walking from Punjab to their home in Bihar.

"The incident occurred at around 11 p.m. The driver has been arrested. He was suspected to be under the influence of alcohol," said Abhishek Yadav, Senior Superintendent of Police (Muzaffarnagar).

State Chief of Uttar Pradesh Yogi Adityanath has announced an ex-gratia of $660 (INR 50,000) each to the kin of the deceased in the Muzaffarnagar bus accident.

The third incident occurred in Bihar, in which two people died, while 12 others have been left injured after the bus they were travelling in collided with a truck.

According to police, the incident took place in Samastipur, an area of the Indian state of Bihar.

Ever since the lockdown was announced by Indian Prime Minister Narendra Modi, migrant workers have been left without food, money, work and even shelter.

With the public transportation network shut down, thousands of stranded workers along with their families started walking home to their villages.

Amid mounting public outrage, the government has asked all the states to provide the migrants with shelter and food.

Later in April, the government also announced that it would run point to point special 'Shramik' trains to ferry the migrant workers. According to the government, there are over 10 million workers stranded across the country.

Earlier this week, the government had expressed concern over the situation of migrant workers on the roads and railway tracks and had asked all the states to provide them with food, shelter and ensure that they don't walk.