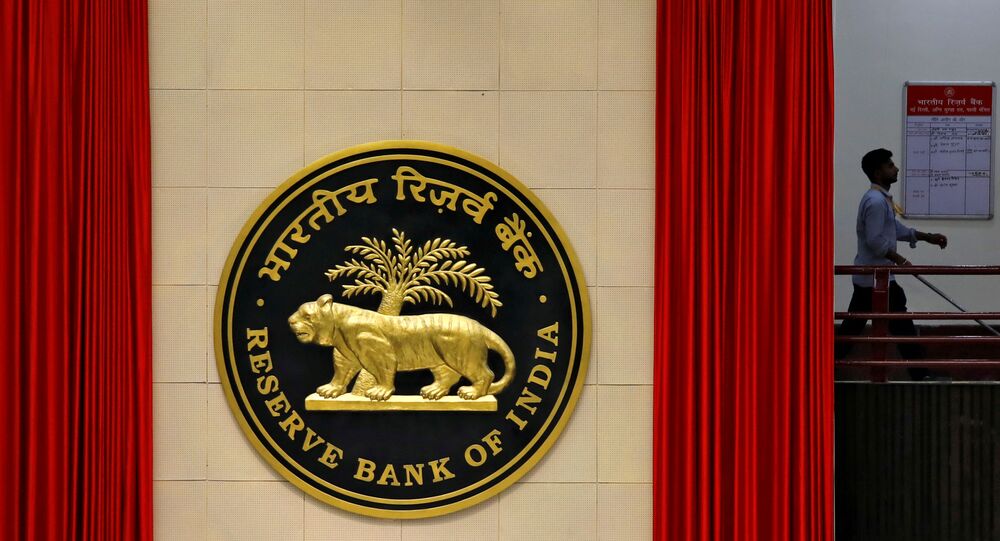 New Delhi (Sputnik): The Indian government as well as the country’s central bank, the Reserve Bank of India has taken a slew of measures to the combat the economic impact of COVID-19. While the state has announced steps to ensure cash transfers and the availability of foodstuffs, the RBI has reduced the benchmark lending rate to help businesses.

At a time when the task force for the economy set up by the Indian Prime Minister Narendra Modi, with Finance Minister Nirmala Sitharaman at the helm, is finalising a package for Indian businesses and industries to fight the COVID-19-induced slowdown, a section of Indian businesses believes that a eduction in the Goods and Service Tax (GST) and other taxes could be of immense help.

In an exclusive interview with Sputnik, leading Indian industrialist Niranjan Hiranandani, promoter for the real estate developer Hiranandani Group, and the president of the industry association Assocham has called for a 50 percent reduction in GST as well as the other taxes for the next six months to help businesses fight the impact of COVID-19.

Hiranandani also lauded the efforts that the government has already taken for the poorer sections of society to combat COVID-19.

Appreciating the efforts that the government has taken for the marginalised section of society, Hiranandani said “I think basically what has been done is for the bottom of the pyramid. That is the best thing that could have happened. I really compliment the government for that".

The first set of relief measures directed at the less fortunate in society was announced by Finance Minister Sitharaman on 26 March. It included direct cash transfers into the bank accounts of the poor and free food grain entitlements.

When talking about his expectations for a second package that the Indian Ministry of Finance is likely to roll out soon, Hiranandani said “what is required to be seen is what could be done across the board for business, industry, and commerce. The government has taken steps to increase liquidity but it should also reach industry and companies".

“There should be a respite from the tax payments like GST, income tax, and local taxes. We need a six-month respite on the tax front and they should be rolled over for a period of one year. That is what is important as the companies won’t be able to pay immediately. They will be able to pay over a period of time", he added.

Also, very emphatically, he said that the government needs to “immediately” announce the package for industries.

Stressing that there is no sector that has not been impacted by COVID-19, Hiranandani noted, “taxes across the board need to be brought down substantially so that the burden on businesses gets reduced. We cannot have 28 percent GST on cement. All taxes should be reduced by 50 percent for the next six months".

Asked about whether industries have been able to put a specific number to quantify losses due to COVID-19, Hiranandani maintained this is currently impossible to do, adding that “the top priority is to save lives. Quantifying the amount is secondary. I am also confident that we will be able to make up for it as long as we are able to salvage the current situation".

Immediately after Prime Minister Modi announced a 21-day lockdown on 24 March, India witnessed a massive humanitarian crisis in the form of stranded labourers bereft of any food and shelter opting to set out from industrial centres on foot to their hometowns miles away in the hinterland.

When asked how grave the situation is since the real estate sector is heavily dependent on construction labour, Hiranandani said businesses are taking care of the labourers by providing them with food and shelter.