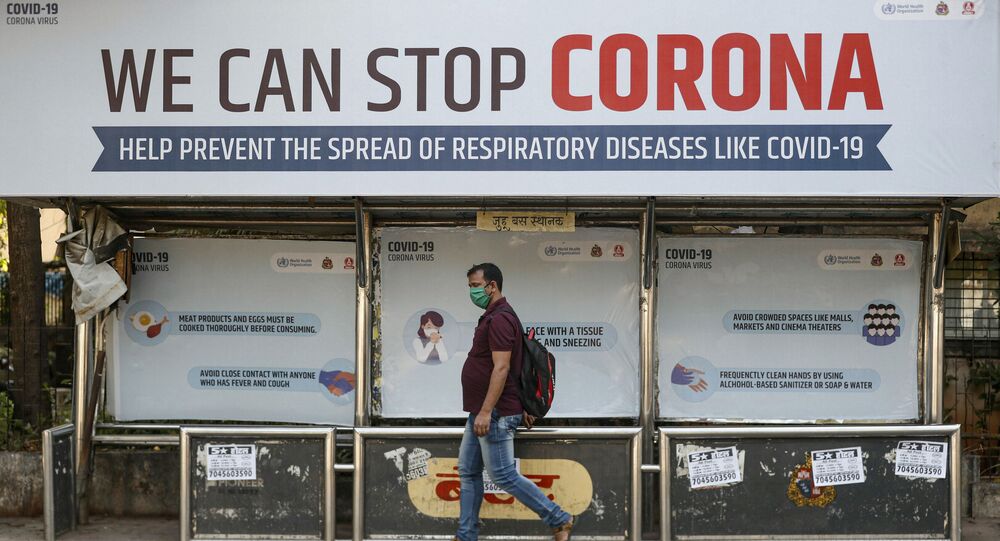 #JantaCurfew: Millions Choose to Lock Themselves Indoors as 14-Hour Lockdown Commences in India

New Delhi (Sputnik): As per an advisory issued by the government all businesses, except shops and government establishments dealing in essential services, will remain closed for the day. Indian Railways, which carries around 24 million passengers daily, will not be working either. Metro train services have also been closed across country.

Some 1.2 billion Indians have responded in unprecedented ways to a self-imposed curfew with most cities looking deserted on Sunday morning. People will remain indoors for 14 hours until 9 p.m. (Indian Standard Time) to limit the fast-spreading coronavirus epidemic in the country. As per the Indian Health Ministry, 315 people have so far been found to have the disease. Train and metro services will remain closed during the day.

“Let us all be a part of this curfew, which will add tremendous strength to the fight against the COVID-19 menace. The steps we take now will help in the times to come", Indian Prime Minister Narendra Modi urged people minutes before the curfew commenced.

Public broadcasters and people have been sharing view of streets across India and claimed that people have listened to the appeal made by Modi.

Chennai: Marina beach at 8 am.

#WATCH Jammu and Kashmir Police in Doda appeals to the public not to step outside their homes during #JantaCurfew, in order to control the spread of #COVID19 pic.twitter.com/iVk3TrcO85

Empty roads in Delhi for the #JantaCurfew at 830AM.

Disclaimer: **I'm only out because I have to be & heading home after** pic.twitter.com/B8vdL3w49N

Modi has appealed to his fellow countrymen to clap, ring bells in a bid to show support for the works of doctors, nurses, and emergency personnel who are putting their lives on the line to fight the epidemic.

Meanwhile, several Indian states including Rajasthan, Mizoram, and Goa, have announced partial lockdowns to curb the spread of the coronavirus. A few cities including Ahmedabad, Surat of Modi’s home state of Gujarat have declared a complete shutdown.