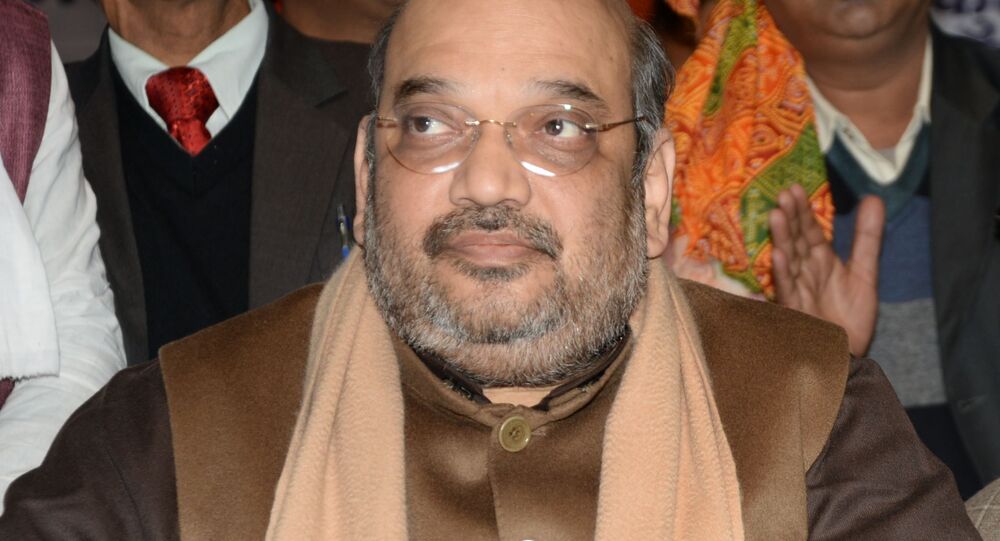 New Delhi (Sputnik): The government of India has so far maintained the citizenship amendment act, which seeks to grant citizenship to non-Muslim immigrants who fled persecution in from Afghanistan, Bangladesh and Pakistan, “grants citizenship and does not snatch it away from anyone”, contrary to the claims made by protestors.

As part of the Government of India and Bharatiya Janata Party’s (BJP) nationwide outreach campaign to dispel “misinformation” being spread over the contentious citizenship law, BJP President and Home Minister Amit Shah will address a public rally in Uttar Pradesh's capital city Lucknow on 21 January.

​Many prominent leaders of the BJP will also hold similar rallies in other parts of Uttar Pradesh state.

Indian Defence Minister and former BJP president Rajnath Singh will hold a rally in Meerut city on 22 January, while the BJP’s working President and former Health Minister J.P. Nadda will take part in a similar event in the city of Agra on the following day.

Uttar Pradesh state chief Yogi Adityanath had kicked off the federal party’s 10-day door-to-door campaign to spread awareness on the new Citizenship law aiming to reach out to nearly 30 million families, to enlighten them about the real purpose of the law.

Home Minister Amit Shah has time and again said the opposition parties and elements with vested interests are trying to misguide the minorities in the country. However, the opposition continues to label the CAA as a violation of secularist principals enshrined in the constitution of India, and as discriminatory towards Muslims.

The Citizenship Amendment Act (CAA) has witnessed widespread protests as it allows illegal Hindu, Sikh, Parsi, Christian, Buddhist, and Jain immigrants, excluding Muslims, to obtain Indian citizenship if they arrived in India on or before 31 December, 2014. Muslims allege it discriminates against people of their faith.

More than 2,000 people have been arrested and nearly 5,000 others detained during the protests against the law in different parts of the country.