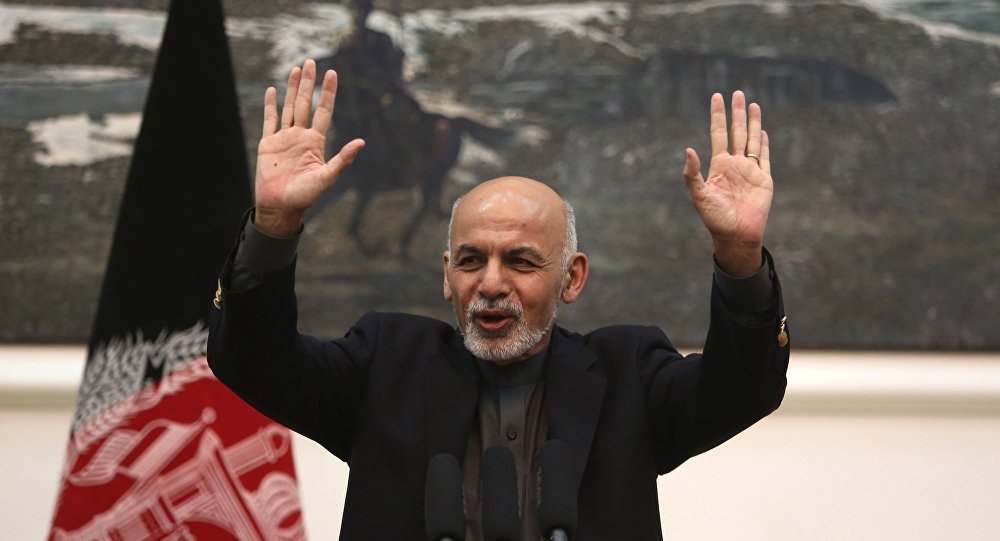 'India is Your Second Home': Modi Invites Afghan President to Delhi Amid Power Battle in Region

New Delhi (Sputnik): Afghanistan remains a strategic country for India, which is a key stakeholder in Kabul. Nearly $3 billion have already been spent by India in reconstruction of the war-ravaged nation. During the Afghan presidential vote, India strongly supported the elections and appealed for public participation.

Indian Prime Minister Narendra Modi on Tuesday congratulated President of Afghanistan Ashraf Ghani on his victory in the September elections and extended a formal invitation to the leader to visit New Delhi – “a second home to him”.

My dear friend and the Indian Prime Minister, Narendra Modi, called this afternoon to congratulate me on winning the preliminary results and the Afghan people on the successful presidential elections.

He said, India as a friend, neighbor and the world's largest democracy is fully supporting Afghanistan's democratic rule. India supports the Afghan-owned, Afghan-led and controlled peace process. And we are also with Afghanistan in the fight against terrorism.

Mr. Modi said, India is your second home, and offered a formal invitation to visit. We will discuss a range of regional and international issues during this visit. I thank the Prime Minister for the invitation and will travel to India at an appropriate time.

On Sunday, Afghanistan election officials announced that President Ghani had secured 50.64 percent of the votes. Ghani's rival Abdullah Abdullah rejected the result and announced he would challenge it.

Accepting the proposal, President Ghani said during his visit to India he would discuss a range of regional and international issues closely. “Thanks to his invitation, I will travel to India at the appropriate opportunity.”

Meanwhile, the US is conducting peace talks with Pakistan, as commander of the NATO force General Austin Scott Miller is also contending with a potential troop withdrawal. Peace negotiations have also restarted between American diplomats and Taliban officials.

China, Russia, and Pakistan have also stepped up efforts to mediate between the two contenders – the US and Taliban – after an initial agreement between the two sides was abandoned by US President Donald Trump in September, after a bomb blast in Kabul killed an American soldier.